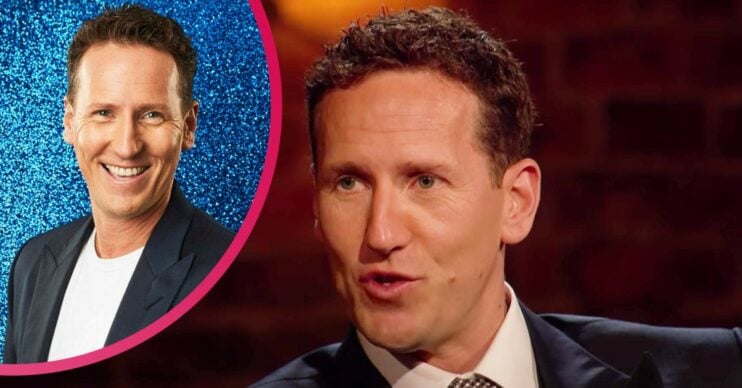 But will he be able to match former BBC co-star on ITV?

Dancing On Ice contender Brendan Cole hopes to equal another fellow Strictly star who has already thrived on the ITV series.

According to DOI‘s Dan Whiston, Brendan is determined to switch seamlessly from the dance floor to the ice rink.

And he reckons Brendan, 45, is ‘pushing boundaries’ to go all out and win, just like James Jordan did in 2019.

Dan told The Sun that Brendan is “brilliant” to work with on the rink. And also noted how hard he worked and dedicates himself to training.

Read more: Dancing On Ice: Brendan Cole slices Vanessa Bauer’s back with his blade during training

Dan said: “[Brendan’s] not said this but I know he’ll be thinking ‘right, James has done it, I can do it’. And there’ll be competition on that basis as well as the rest of the people who are in the show. He’s really got it between his teeth and he’s giving it everything he’s got.”

‘Brendan is up there’

Dan also noted how Brendan shares the same “magic” and dance “presence” on the ice.

And he also reckons the New Zealand dancer is “up there” among the top contenders for the series. Dan also hailed Brendan for his creativity and will to win.

Brendan’s got ideas he’s bringing to the ice that we would normally see on Strictly.

Dan continued: “[Brendan’s] pushing boundaries, he’s got ideas he’s bringing to the ice that we would normally see on Strictly.

“It’s very exciting to introduce someone like Brendan because not only does he have his dance background he’s got that real grit and determination and competitive attitude which I think adds that excitement to the show.”

As well as Brendan, a favourite to win with some bookies, other celebrities taking part in DOI 2022 include Pussycat Doll Kimberly Wyatt.

Read more: Dancing On Ice star Brendan Cole denies claims he and Craig Revel Horwood ‘don’t like each other’