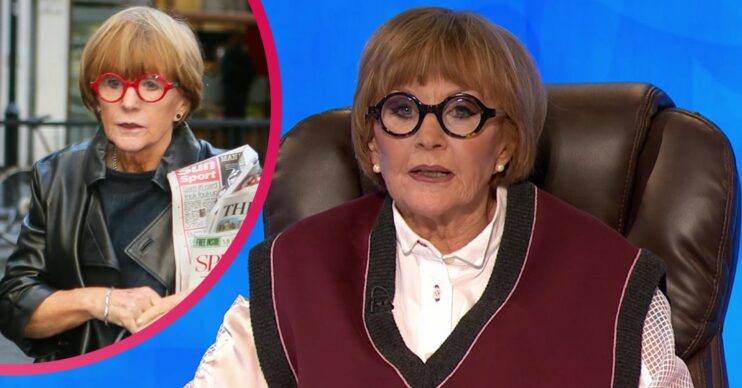 It was a difficult time in Anne's life

Countdown host Anne Robinson has become famous for her no-nonsense attitude and frosty manner over the years.

The television star, who is set to leave the Channel 4 show in the upcoming months, previously made history as the first female trainee reporter at the Daily Mail.

However, it was her battle with alcohol that soon went on to overshadow her early career.

Anne, 77, has been open about her alcohol addiction in the past.

She began drinking heavily during her early career as a newspaper journalist.

Thankfully, Anne went sober during her mid-30s after her health deteriorated.

I probably had about six weeks to live.

Speaking to the Mail Online in 2017, Anne opened up on the damaging effects alcohol had on her life.

It also led to her losing custody of her daughter Emma, who she shares with first husband Charles Wilson.

She told the publication: “By my mid-30s, I got to the point where I probably had about six weeks to live. I suffered from a really bad drink problem and my weight dropped down to about six stone.”

Eventually the star soon realised she was “abusing” her body.

Anne continued: “I stopped drinking. Luckily, I came to my senses just in time. That was almost 40 years ago and I haven’t had a drop since.”

She even decided to get help and attended Alcoholics Anonymous.

The Countdown host now regularly exercises and priorities her health.

Meanwhile, Anne recently announced her departure from the Channel 4 after less than a year fronting it.

The 77-year-old took over from former host Nick Hewer in June last year.

Why is Anne Robinson leaving Countdown?

She revealed that despite the offer of a pay rise, she had other things that needed her attention now.

These include her grandchildren, her garden, and her New York home.

Read more: Anne Robinson reveals why it was ‘important to turn Rachel Riley’s mic off’ on Countdown

In a statement, Anne said: “I hope too I’ve encouraged TV bosses to realise that not all women at the wrong end of their seventies are in care homes playing bingo and watching conjuring tricks.”

Colin Murray, who has hosted the show on a temporary basis in the past, is set to return to front the show until November.

Countdown airs on weekdays from 2.10pm on Channel 4 and All 4.