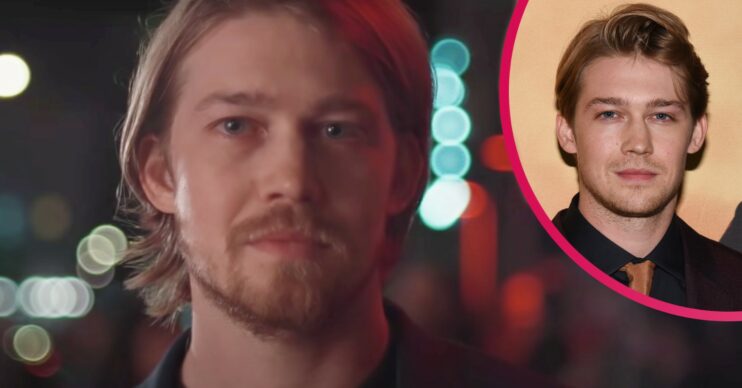 Conversations with Friends: Is Joe Alwyn actually Irish and who’s his famous girlfriend?

The actor's made his mark in the new Sally Rooney adaptation

In the adaptation of the Sally Rooney book, the actor plays the role of a married man, Nick, begins an affair with student Frances.

So who is Joe Alwyn? Here’s everything we know.

Who is Joe Alwyn?

Joe Alwyn is a British actor born in in Tunbridge Wells in Kent and raised in North London.

Joe discovered his passion for acting at a young age and joined the National Youth Theatre in 2009.

Since then he has played supporting roles in The Favourite, Boy Erased, Mary Queen Of Scots and Harriet.

He also won the Trophée Chopard at the 2018 Cannes Film Festival.

Now the star has joined the cast of BBC Three’s new series Conversations with Friends.

What is Joe Alwyn’s net worth?

Joe Alwyn has amassed an impressive fortune, thanks to his roles in some huge Hollywood movies.

According to Celebrity net worth, the star is worth a hefty $4 million (£3.1 million).

How old is Joe Alwyn?

Does Joe Alwyn have a Grammy?

He helped wrote the iconic songs Exile, My Tears Ricochet, August and Betty.

He then continued to collaborate with her, co-writing three tracks Champagne Problems, Coney Island and Evermore on her follow-up album Evermore.

For his contributions to Folklore, Joe Alwyn won a Grammy Award for Album of the Year in 2021.

No, Joe Alwyn is actually British.

However, for his role in Conversations with Friends, the London raised actor attempted to use a Dublin accent.

In an interview with GQ he explained his methods for getting to grips with the specifics of the accent.

He said: “I listened to people like Andrew Scott and Tom Vaughan-Lawlor and that kind of middle class south Dublin accent.

“Nick’s quite anglicised, there was the idea that he would have been to drama school in London and he has a British wife and so maybe some of those sounds have been softened as well.”

Are Taylor Swift and Joe Alwyn still together?

Joe Alwyn has been dating pop star Taylor Swift since 2017 and they are still together now.

However, in an interview with The Rolling stones, Taylor opened up about how she prefers to keep her relationship with Joe more private.

She said: “I, often, in my anxieties, can control how I am as a person and how normal I act and rationalise things, but I cannot control if there are 20 photographers outside in the bushes and what they do if they follow our car and if they interrupt their lives.

“I can’t control if there is going to be a weird headline about us in the news tomorrow.

“I think that in knowing him and being in the relationship I am now, I have definitely made decisions that have made my life feel more like a real life and less like a storyline to be commented on in the tabloids.”

Recently Taylor Swift has also shared her support for her boyfriend’s new series Conversations with Friends.

She shared a quote from Time magazine which said the show “breathes fresh life into Sally Rooney’s best novel”.

She then added a caption saying: “Can confirm it’s phenomenal.”

Alison Oliver even told The Times that Taylor Swift was “totally cool’ with their sex scenes in the new BBC Three series and that she understands that it’s “all part of the story”.