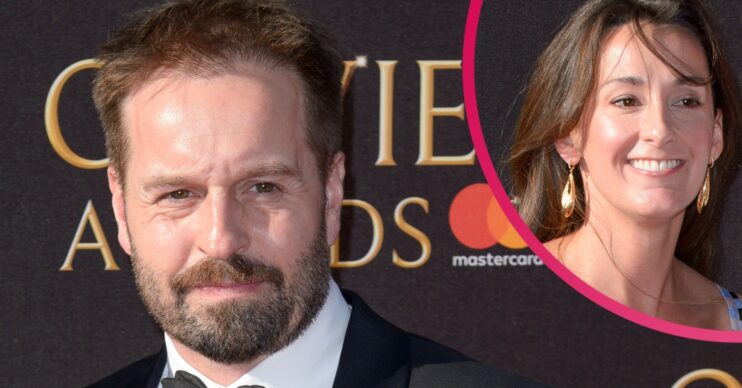 Freeze the Fear star Alfie Boe has had a tough couple of years following the breakdown of his marriage to his wife.

The singer battled to keep his personal struggles out of the spotlight during the pandemic.

But what happened to Alfie Boe and his wife, and are they no longer together?

Does Alfie Boe have a wife?

Alfie Boe split from his ex-wife, Sarah Boe, in 2020. The former couple were married for 16 years having tied the knot in 2004.

During their marriage, the couple welcomed a daughter, Grace and a son, Alfred.

Read more: Freeze the Fear with Wim Hof: Who is the King of the Cold and what is his ‘method’?

In a statement at the time, the Freeze the Fear star said: “After speculation about my marriage to Sarah ending, I can confirm that we have separated.”

“I have nothing but love and respect for Sarah. She’s been an incredible partner and an amazing mother to our two beautiful children and everything is very amicable.”

“Other parts of the story, though, are absolute nonsense. I would just kindly ask for the respect of our privacy during this time, as we work things out. I thank you all for your welcomed support.”

There were initially rumours that Alfie had cheated, however, he rubbished these at the time.

What has Alfie Boe said about his marriage?

Alfie bravely opened up about his divorce in the first episode of Freeze the Fear.

“I am here to find something in myself that I may have lost after a while. The last couple of years have been really tough,” he told host Holly Willoughby.

“I think the biggest challenges in life are not so much physical ones, they’re emotional and mental challenges.

“Recently, unfortunately, my marriage came to an end. I think this is an experience that I am going to value a lot to mentally stimulate myself and become a better person.

“I want to become a better man and learn from the past”.

Alfie has laid some of the blame for the split on the time he spent apart with his ex-wife due to his flourishing career.

“I think the time apart did sort of distance us a little bit and we tried to make things work as far as being together,” he said in 2021.

“They [Sarah and their two children] came over to visit me, but inevitably I was still working, having to do interviews and so on, and I couldn’t focus 100 per cent on the family when they were around.”

However, despite their split, Alfie and Sarah remain close thanks to their children.

“I still have a lot of love and affection for my ex-wife,” he said previously. “She’s an absolutely amazing woman and a wonderful mother. I’m grateful for the years that we had together, I really am.

Freeze the Fear with Wim Hof next airs on BBC One on Tuesday April 19 at 9pm.

Are you enjoying Alfie Boe on Freeze the Fear? Leave us a comment on our Facebook page @EntertainmentDailyFix and let us know what you think of this story.