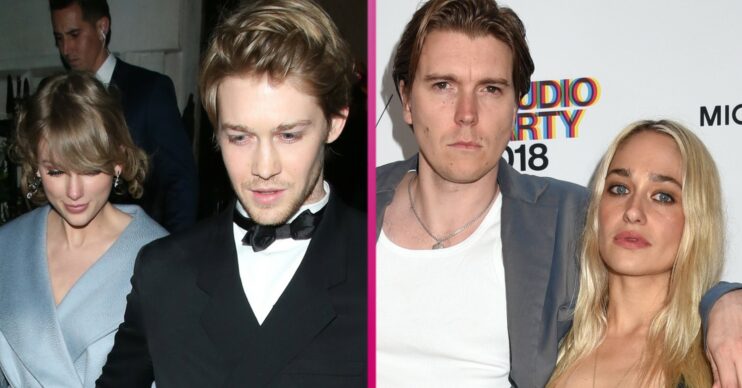 Conversations With Friends cast: Who are they dating in real life?

Their real love lives are as interesting as their characters in BBC show!

Conversation With Friends is the sizzling HOT new drama on BBC Three about love, romance and betrayal – and the real love lives of the cast are just as fascinating.

Do you know which of the cast members is dating one of the richest women in music?

And which actress counts controversial actor Shia LaBeouf as an ex?

Boy, would we pay good money to watch a fly-on-the TV series of THOSE living rooms!

Here’s everything you need to know about the real love lives of the Conversations With Friends cast.

The pair have been dating for six years, ever since September 2016.

Taylor admits that she “stalked Joe on the internet” after meeting him at the 2016 Met Gala.

However, notoriously private Joe Alwyn rarely talks about his relationship with 32-year-old Taylor.

In April 2022, when Elle questioned Alwyn about his reluctance to talk about Taylor, he said: “It’s not really [because I] want to be guarded and private…

“It’s more a response to something else.

“We live in a culture that is so increasingly intrusive…

“The more you give – and frankly, even if you don’t give it – something will be taken.”

With regards to filming the intimate scenes in Conversations With Friends, Joe did reveal that Taylor didn’t have an issue with it.

He explained that she was more than prepared for the scenes because she is a huge fan of the book.

He told Extra: “I mean she’s read the book and she loves the book so she knows it.

“She couldn’t be a bigger fan of the project.”

Joe co-wrote some of Taylor’s songs on her 2020 albums, Folklore and Evermore, under the pseudonym William Bowery.

Joe Alwyn recently refused to comment on reports that he and Taylor are engaged.

Commenting on rumours about an alleged engagement with Taylor Swift, Joe Alwyn recently told The Wall Street Journal it was none of their business!

He said: “If I had a pound for every time I think I’ve been told I’ve been engaged, then I’d have a lot of pound coins.

We do know that the pair live together in New York.

Reports say they married in a secret ceremony in November 2020, but these are unconfirmed.

We do know that Jemima and Alex live together in New York with her two children.

They collaborate on his music and you could say that Jemima acts as Alex’s muse.

The pair officially announced their divorce in 2017.

Who is Sasha Lane dating? Is she gay?

The pair were seen holding hands together after they had met filming American Honey.

She played the lead role of Star, while Shia played the character of Jake.

Sasha, 26, reportedly “fell in love and moved in with” Shia, 35, after they became close on set.

Her relationship with the actor came hot on the heels of a public spat with then girlfriend Mia Goth.

However the affair between Shia and Sasha was short-lived, as he ultimately went back to his former girlfriend Mia, who he eventually married.

This was, of course, before FKA Twigs accused Shia of gaslighting, sexual battery, assault and infliction of emotional distress.

Texas-born Sasha has not been publicly linked with anyone since, but she does appear to have confirmed she has a partner.

In 2020, she gave birth to a daughter, who she lives with in Los Angeles.

She has not spoken publicly about the identity of her daughter’s father.

When ASOS Magazine asked her what she looks for romantically, she said: “I know I have found this person, but I don’t necessarily want to say who.”

Does Alison Oliver have a boyfriend?

The pair embark on a passionate affair, which threatens to break her heart – if not his.

In real life, Alison is dating actor Éanna Hardwicke, according to US Weekly.

And there’s a Sally Rooney connection which will please fans…

Tragically the character takes his own life.