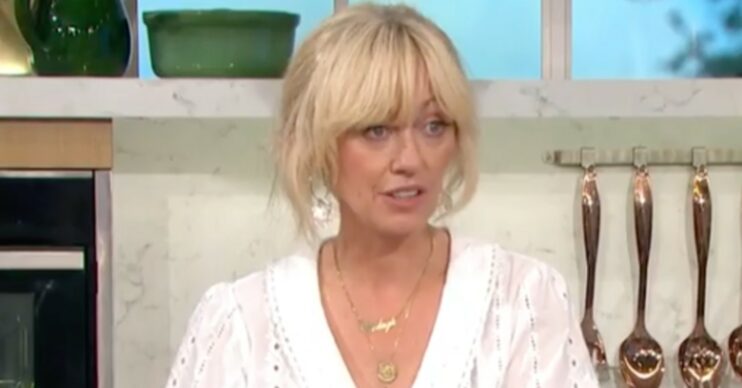 This Morning: Clodagh McKenna admits she’s a ‘bundle of nerves’ ahead of wedding

The Irish chef is preparing to wed partner Harry Herbert

Clodagh McKenna has admitted she’s a ‘bundle of nerves’ ahead of her wedding day to partner Harry Herbert.

The chef appeared on This Morning on Monday (August 9), where she dished up a tasty ginger and soy salmon dish.

During the segment, Ruth Langsford revealed that it was Clodagh‘s final time on the show before her nuptials.

What did Clodagh McKenna say?

The TV chef is preparing to tie the knot to fiancé Harry.

Opening up on the day, Clodagh shared: “I’m a bundle of nerves.

Harry, you’re a good man for taking her on

She added: “I’m so excited to see my family though, and to get married.”

Ruth responded: “Harry, you’re a good man for taking her on.”

Meanwhile, it comes weeks after Clodagh suffered an awkward slip-up on the show.

Clodagh then joked: “Someone’s giggling, I think the cameraman’s got the giggles.”

Clodagh, who is from Cork in Ireland, met her partner Harry back in 2017.

The couple got engaged at the end of last year and revealed hopes to get married in 2021.

Announcing the news on social media, Clodagh shared: “We got engaged!

“We are over the moon with happiness and thank everybody for the lovely warm wishes.”

Before meeting Clodagh, Harry was in a 25-year marriage and has three grown-up children.

Meanwhile, Clodagh had just come out of a long-term relationship.

The couple currently live at Highclere Park, the grounds of the house where Downton Abbey filmed.

It was also where the pair went on their second date.