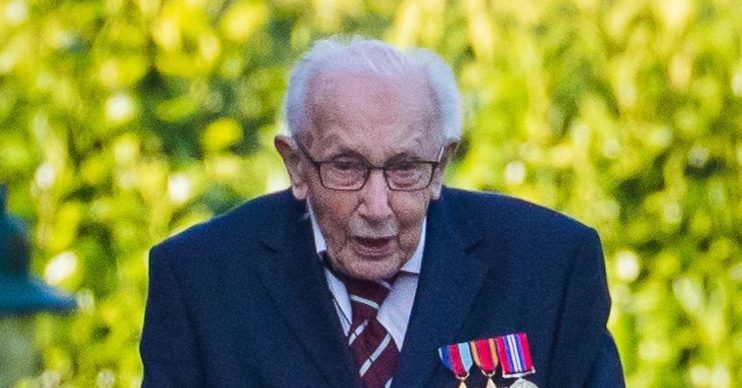 Captain Tom Moore completes his challenge with Guard of Honour, raising over £12 million for the NHS

The hero completed 100 laps before his 100th birthday

War hero Captain Tom Moore has completed his challenge of walking 100 laps of his garden before turning 100, incredibly raising over £12 million for the NHS with figures still rising.

The 99-year-old finished his laps with a Guard of Honour from the British Army’s 1st Battalion, Yorkshire Regiment saluting his achievement live on BBC Breakfast this morning, April 16.

He’s done it! 👏#CaptainTomMoore has completed his 100 laps before his 100th birthday live on #BBCBreakfast! 🙌
He’s raised over £12 million for the #NHS
Well done @captaintommoore from everyone at the @BBC 💕 pic.twitter.com/rtil8gKKmJ

Supporters rushed to praise Captain Moore, who has become a UK legend during the coronavirus crisis, with one tweeting: “Can’t keep up with him, either his walking or the total raised.

“Amazing achievement and this is a true inspiration and role model,” a third tweeted.

“The fact that he got up and decided to do something at his age is immense. Those that are leaders of any sort be it in business, running the country or any type should take notice. Well done Captain Tom Moore.”

Others echoed Good Morning Britain’s Piers Morgan in calling for Captain Moore to be given a knighthood.

One said: “Captain Tom Moore for a knighthood! We need leaders like this incredible man.”

As Captain Moore finished his challenge, he said: “I feel fine. I’m surrounded by the right sorts of people. I hope you’re all feeling fine too!”

The war veteran went on to tweet: “Thank you all for your amazing support. It has been a memorable experience. Thank you so much.”

Before Captain Moore completed his challenge and the total funds shot up, Piers said on GMB:

He added: “He’s 100 on April 30th. Wouldn’t it be great if we didn’t feel temptation to give it to business people, who pay money for the honour, or to celebrities for singing nice songs. Give it to someone like him. Make him Sir Tom.”