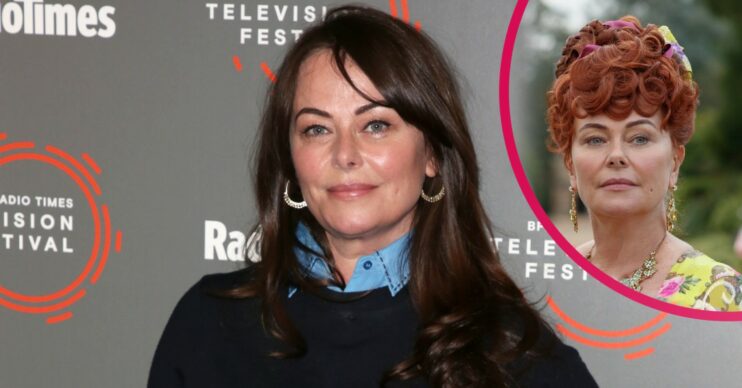 Bridgerton season 2: Where did we leave Portia Featherington in season 1? What’s next for her?

What is the uptight mother of three up to next?

Bridgerton season 2 finally has a release date, which means we will be seeing more of Portia and the Featheringtons very soon.

Even though she was cruel, you still had to feel bad for Portia Featherington in season 1.

Portia’s family was the centre of all gossip as her family was attacked by a series of scandals.

She then sadly ended the season in ruin as she lost her husband and all of her money.

How will she ever be able to recover her family this time?

Here’s where we left Portia Featherington in season 1 and what she’ll be getting up to in Bridgerton season 2.

Where did we leave Portia Featherington?

Portia Featherington was very busy at the start of the social season as she prepared all three of her daughters in their search for a husband.

However, Portia didn’t get off to a good start as her eldest daughter Prudence fainted in front of Queen Charlotte.

Thing’s didn’t get any better for Portia as she found out that her distant cousin Marina Thomson – who was living with them – was pregnant.

Read more: Who is Edmund Bridgerton? Isn’t he supposed to be dead?

Portia was determined to hide the scandal and prevent her family from social ruin, so she plotted to get Marina married right away.

Unfortunately, news of Marina’s pregnancy broke and the Featheringtons were shrouded in scandal.

To make matters worse, Portia also discovered that her family has no money due to her husband’s gambling addiction.

Suddenly Lord Featherington passed away, leaving Portia with no money and no title.

What’s next for Portia in Bridgerton season 2?

Portia will be making a return in season 2 and this time working even harder to find her daughters a husband.

The Featheringtons will also meet their new and mysterious heir who inherits their estate.

Polly Walker who plays Portia told Metro that we can expect a lot more drama for the Featheringtons in season 2.

She said: “It’s going to be pretty epic because they’ve lost all their money and that won’t sit well.

“Lady Featherington is going to have do to some serious thinking to get herself and her daughters in a good situation.”