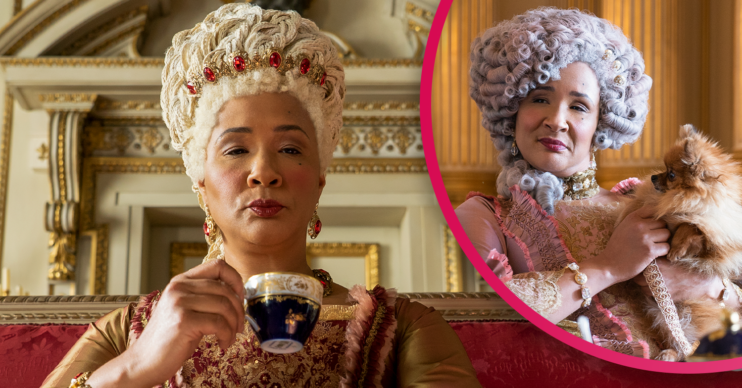 Bridgerton season 2: Where did we leave Queen Charlotte in season 1? What’s next for her in season 2?

And she's getting a spin-off!

Bridgerton royalty Queen Charlotte returns with season 2 next month (March) and, not only that, the character is also getting her own spin-off show.

So what happened to Queen Charlotte in season 1? And where do we find her in season 2?

What happened with Queen Charlotte in season 1?

Queen Charlotte tried – and failed – to set her nephew up with Daphne Bridgerton.

Of course, she ended up marrying the Duke of Hastings, with Prince Friedrich heading back to Prussia without a wife.

Read more: Everything we know about Bridgerton newcomer Edwina Sharma

This led Lady Whistledown to criticise the crown in her latest newsletter, with the Queen determined to unmask the face behind the pen (or quill!).

After finding out where the newsletter was printed, she put in motion a plan to reveal the true identity of Whistledown and silence her.

However, Eloise Bridgerton came to Whistledown’s rescue, warning her off before her secret was revealed.

What happens with Queen Charlotte in Bridgerton season 2?

A teaser for the new series shows Queen Charlotte engrossed in the latest newsletter.

After enlisting the help of Eloise to uncover her identity in series 1, will she attempt to find out who Lady Whistledown really is in season 2?

She told Insider: “If Chris Van Dusen [the show’s executive producer] comes to me and says: ‘Golda, what would you like to see in the second season if we have a second season?’ I would say: ‘The Queen and Eloise have to get together and form an alliance and find out who Whistledown is.’”

“It’s the intrigue of meeting her match. … I think there’s a lot of joy in that for Queen Charlotte because she loves a little bit of gossip.”

Who is Queen Charlotte based on?

The character of Queen Charlotte doesn’t feature in the Bridgerton series of books.

Instead, she’s the only character based on a real-life person.

She was a German Nobel who became queen consort to George III.

They had 15 children and, as portrayed on screen, King George III suffered bouts of mental illness, making it impossible for his wife to be around him.

Queen Charlotte gets her own spin-off

It’ll be a limited one-series run and will explore the younger life of Queen Charlotte as well as that of Violet Bridgerton and Lady Danbury.

It’s not known if they actresses that play the trio in Bridgerton will appear in the spin-off, though.

It’s likely they’ll be recast with younger actresses, with the series currently in pre-production.

The show will remind the clock and walk us through how Queen Charlotte became the iconic character in the Netflix series.