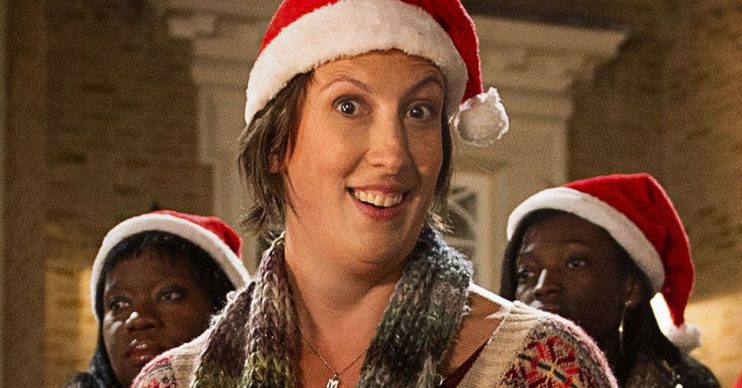 The BBC has announced exciting details about their upcoming Miranda 10th anniversary special – and we’re pretty sure die-hard fans won’t be disappointed.

The popular sitcom, headed by actress and comedian Miranda Hart, will celebrate its 10-year anniversary with a one-hour entertainment special.

Read more: Wilko is selling a Christmas advent calendar for dogs with treats for just £1!

To mark the milestone, the cast of the show will reunite at The London Palladium to “look back over a decade of such fun, friendship, romance and everything that made millions of fans connect with this unique and very special sitcom”.

Ahead of the show, which is called Miranda: My Such Fun Celebration, writer and star Miranda Hart said: “What happened with my sitcom and comedy alter-ego over the last 10 years has been unexpected to say the least, so it’s very moving for me to have the chance to celebrate and thank my cast and the fans from The Palladium stage.

“We are hoping to put together a what I call such fun hour of television for them all.”

Charlotte Moore, Director of BBC Content, added: “Miranda is one of the great British sitcoms so to celebrate its 10th anniversary, this BBC1 special promises an hour of pure unadulterated fun from the home of entertainment itself, The London Palladium.”

Will Macdonald, Executive Producer, Monkey Kingdom said: “Like Miranda, we’re falling over ourselves with excitement to help put together a fabulously deserved celebration of the utter joy she and the show has brought millions of people of all ages for the past decade.”

Miranda: My Such Fun Celebration will air on BBC1 later this year.

The sitcom kicked off on November 9 2009, and ran for three series and a couple of specials, the last of which aired on New Year’s Day in 2015.

Tom Ellis – who now plays the titular role in Lucifer – starred as Miranda’s love interest Gary, and Sarah Hadland, Patricia Hodge and Sally Phillips formed the rest of the cast.

Call The Midwife star Miranda revealed in July that the cast would be reuniting later this year.

Writing on Twitter, the star told her fans “such fun news alert!” and announced: “Hello to you – I am with news. So, in November it will be 10 years since the first episode of Miranda aired. We are 10!

“And we have decided to have a party. The Miranda cast on and off screen are all about to play, being free to be ourselves and silliness, so we are amazed and delighted that BBC1 have agreed that our celebrations will be recorded as a one-hour special later in the year.

“I will keep you posted, but I suspect there might just be some special guests, probably the odd bit of dancing, definitely some drinks and nibbles.”

She continued: “And you know what I hope it will be – SUCH FUN for us, but more importantly for you, all you lovely friends of the show for whom I shall be forever grateful for your support. See you soon.”

Actress Miranda delighted fans of the show earlier this year by reuniting with her on-screen husband in support of Comic Relief.

Are you looking forward to Miranda’s 10-year special? Leave us a comment on our Facebook page @EntertainmentDailyFix and let us know what you think.