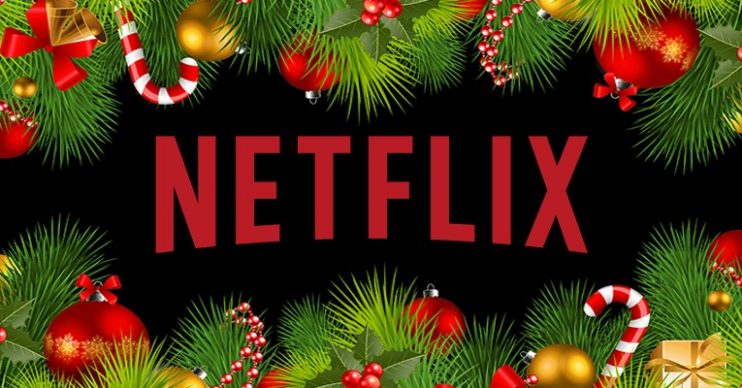 There are a few other non-festive films to look forward to as well!

Netflix has revealed its Christmas film schedule, and festive fans have given it a thumbs up.

The streaming service has done a pretty good job of competing with Hollywood film studios recently, with Sandra Bullock’s Bird Box and The Christmas Chronicles starring Kurt Douglas making a huge impact within the last year.

This week, Netflix unveiled their seasonal offerings – which include a film starring Hollywood heavyweight Rob Lowe and Sex and the City’s Kristin Davis.

The film Holiday in the Wild is described as a touching new film about a divorcée who embarks on a safari in Zambia.

There, she discovers herself while working at a local elephant sanctuary.

Holiday in the Wild will be released on Friday 1 November.

Kristin Davis and Rob Lowe star in "Holiday in the Wild," a touching new film about a divorcée who embarks on a safari in Zambia where she rediscovers herself while working at a local elephant sanctuary — FIRST LOOK: pic.twitter.com/zkXMUfhIgP

Kiernan Shipka and Shameik Moore lead teen Christmas comedy Let It Snow, set during a snowstorm in a small town on Christmas Eve.

But you won’t have to wait that long to watch it, as it’s available to watch from Friday 8 November.

The film, based in Tokyo, follows an enigmatic ex-pat who is suspected of killing her friend.

Meanwhile, Klaus is a fresh animated take on Santa’s origins from the writer/director of Despicable Me.

She plays a kind science teacher, who has to help a “cursed medieval knight” return to his own time – probably falling in love with him while she’s at it.

You might have to suspend disbelief for that one!

One Thursday December 5, a pregnant Amber must find out who stole a priceless Aldovian artefact before Christmas Eve arrives in the third Christmas Prince movie, The Royal Baby.

In the film, “Amber and Richard host royals from a faraway kingdom to renew an ancient truce. But when the priceless 600-year-old treaty disappears, peace is put in jeopardy and an ancient curse threatens their family”!

On Friday December 20, The Two Popes sees Welsh actor Anthony Hopkins play Pope Benedict opposite Jonathan Pryce’s Pope Francis in this account of “the most dramatic transition of power in the last 2000 years”.

Fans received the news with Christmas glee, with one writing about The Knight Before Christmas: “This looks awful I CAN’T WAIT TO WATCH IT.”

Another said: “I’m so so ready for all of the crappy Netflix Christmas films. I live for them every year!”

A third added: “The announcements for Netflix’s Christmas romance films are up and I am ready.”

“This morning I woke up to that warm, fuzzly, cinnamon-spiced, heart-bubbling joy that only the announcements for Netflix’s next batch of Christmas romance films can bring,” gushed one more.

This morning I woke up to that warm, fuzzly, cinnamon spiced, heart bubbling joy that only the announcements for Netflix’s next batch of Christmas romance films can bring. pic.twitter.com/lodCMuRCAy

The announcements for Netflix's Christmas romance films are up and I am ready. pic.twitter.com/fxG0XggJBh

This looks awful I CAN’T WAIT TO WATCH IT https://t.co/ogQdGdshTf

Which of these films would you most like to see? Leave us a comment on our Facebook page @EntertainmentDailyFix and let us know what you think!