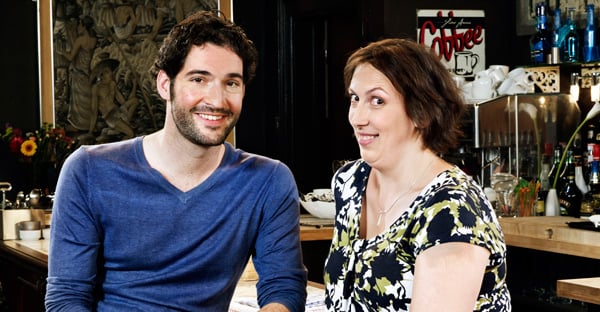 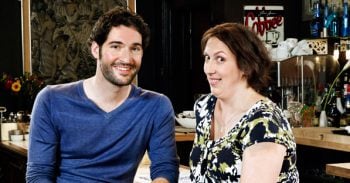 We heart these two...

Miranda fans were given an unexpected – but very welcome – treat today, when the stars of the popular sitcom reunited.

On Wednesday (6 March), actress and comedian Miranda Hart posted a video to raise awareness of Comic Relief – but surprised fans when Tom Ellis also joined her on film.

Posting on her official YouTube account, the 46-year-old shared a “Little Daily Dose of Such Fun for Comic Relief” and drove fans wild when fellow actor Tom strolled into shot unannounced.

After a little comedy skit, Miranda pulled Tom towards her and said: “Look who it is. Say hello! It’s my on-screen hubby.”

To which Tom, who played Gary Preston in the BBC comedy, replied: “We’re married now.”

Read more: The future of Call The Midwife revealed

Fans were beyond thrilled at the reunion, with one gushing: “Omg I was smiling throughout the whole thing #garried.”

Another said: “Be still my heart! Tom Ellis! Gary and Miranda together again! So good of all of you to do this for such a great cause.”

A third wrote: “Miranda and Tom, thank you so much. The look on your faces when you were swaying was priceless. Please can you both do something together, even if it’s not Miranda? Anybody else agree?”

Many more begged the pair to appear together in a spin-off sitcom about their marriage, but Miranda has previously poured cold water on any hopes for a revival.

Last year, she disappointed fans by insisting there won’t be a fourth series.

When Miranda called time on her sitcom in 2015, she went on to star in Call The Midwife, while Tom has achieved success in the US appearing as the main role in Lucifer.

Miranda, meanwhile, is fast becoming a national treasure and will return to our screens for Jennifer Saunders’ Mamma Mia! on Red Nose Day.