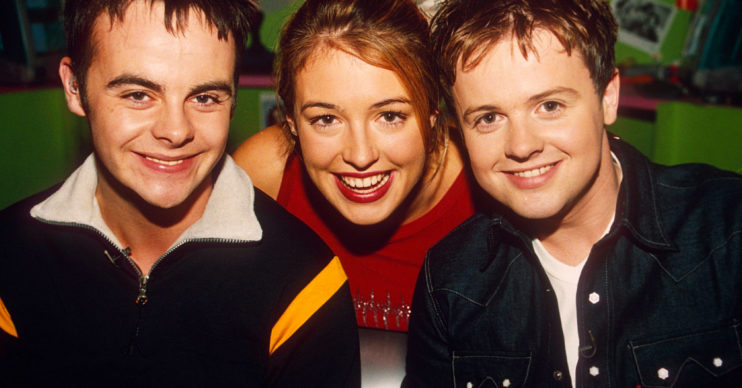 Ant and Dec are reportedly set to reunite with former SMTV Live co-host Cat Deeley for a one-off special.

The trio are believed to be bringing the iconic Saturday morning show back to screens later this year.

The special episode will celebrate Ant and Dec’s 30 years in showbiz.

An insider told The Sun: “SMTV was such a huge part of Ant and Dec’s career, they knew they wanted to mark it in some way.

“The show will look back on some of the best moments and see old guests reminisce.”

Last week, H revealed the duo had been busy filming for SMTV while presenting on BBC Radio Wales.

Speaking to Claire on the show, the singer said: “We did some filming yesterday for SMTV. They are doing a celebration for SMTV and I think mainly because both of us presented it. We were probably on there more than any of the band.

“It was lovely, wasn’t it? We were watching clips of performances and our sketches.”

Claire added: “It’s bizarre because I know we were there and we did it.”

Meanwhile, Dec, 44, previously hinted SMTV could be making a comeback earlier this year.

The Britain’s Got Talent host revealed in January: “We might do something a little bit later in the year but we’ll let you know when we’ve got more firm plans.”

What did SMTV Live fans say?

Fans were delighted with the news, with one writing on Twitter: “After months of no Ant and Dec on our screens, we’re going to have them on non-stop. I’m so excited! BGT, I’m A Celeb, SMTV and BGT: The Champions.”

A third commented: “This will be great!”