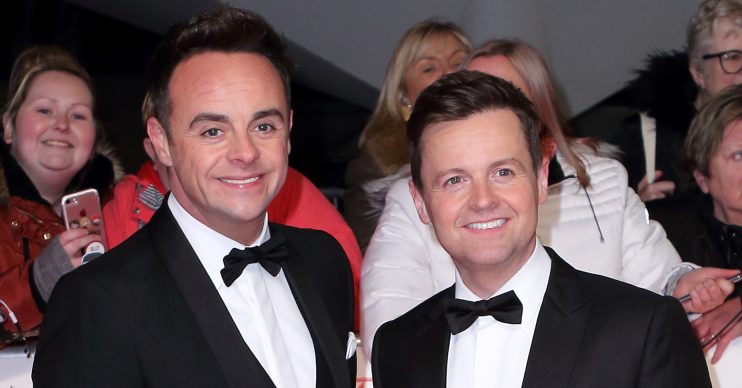 It’s hard to believe it, but Ant McPartlin and Declan Donnelly will have been on our screens for 30 years this year.

We might be more used to seeing them on Saturday Night Takeaway or I’m A Celebrity, Get Me Out Of Here these days, but children of the 90s will remember a different show.

We might do something a little bit later in the year but we’ll let you know when we’ve got more firm plans.

SMTV was the way kids saw in Saturday mornings from August 1998 to December 2003. The much-loved show featured Ant and Dec co-presenting with Cat Deeley.

But now Dec,43, has told the Radio Times that SMTV could be making a comeback.

“Watch this space!” He said. “We might do something a little bit later in the year but we’ll let you know when we’ve got more firm plans.”

They’ve certainly got plenty on their plates before that.

Ant, 43, said: “We’ve got Takeaway starting very soon, we’re working on that and putting the finishing touches to that, it starts very soon.”

He also revealed Britain’s Got Talent is back and then they’re “back off to the jungle again for I’m A Celebrity at the end of the year”.

This year’s series will be the 20th so Ant revealed it’s “going to be a big one”.

Dec added it will be their 30th anniversary so “we might do something for that later on in the year”.

This year at the NTAs, Ant and Dec broke records by winning Best Presenter for the 19th year in a row.

The news that SMTV could be coming back has already got fans reacting on Twitter.

One wrote: “Can’t wait to see SMTV release and have old fans start hating on it if it becomes popular and gets loads of attention.”

We might do something a little bit later in the year but we’ll let you know when we’ve got more firm plans.

Another wrote: “America missed out on the epicness that was SMTV Live.”

We’d love to know if Cat Deeley will be joining the Geordie pair for this blast from the past if SMTV Live does go ahead.

But what we really want to see coming back to our screens is Byker Grove. Now that really would be one for nostalgia fans.

Will you be rushing to tune in? Let us know your thoughts on our Facebook page @EntertainmentDailyfix