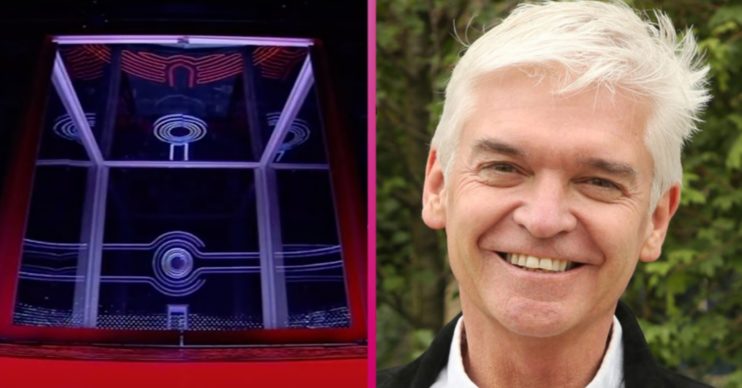 Phillip Schofield has teased the ‘best ever’ episodes The Cube are on the way.

The TV presenter, 58, shared with fans on Instagram that filming for the forthcoming new run has now concluded.

In an Instagram Story, Phillip shared a short clip from what appeared to be backstage at a recording.

He uploaded the view of behind the scenes last night (Friday, August 14).

The sneak peek showed pieces of the ITV game show’s set with a similar design to the titular perspex cube.

Applause and cheering could also be heard at the end of the footage. However, it did not seem loud enough to suggest the sound was being made by an audience.

I’m going to stick my neck out. Best shows we’ve ever done.

Perhaps production staff were celebrating wrapping after their hard work? Ironically, the final few seconds of the clip showed an instruction on the wall requesting ‘quiet’ backstage.

Phillip Schofield sticks his neck out

He also predicted the upcoming episodes would prove a smash hit with viewers.

“I’m going to stick my neck out,” he continued.

And although Phillip didn’t specify when The Cube would be back on the box, he teased: “On telly soon.”

Posting a snap of himself next to the structure, he wrote: “This is going to be a fun week! The Cube returns. On telly soon.”

Six episodes are expected to air, including one celebrity special.

Band new two player challenges will also be introduced to the show.

Each pair will have nine lives to complete seven games, with each game worth an increasing amount of prize money.

Phillip reflected: “The Cube is such a cracking format but with the players now in teams and a whopping million-pound prize fund, it now means this high-pressure environment has just got tougher.”

It had previously been speculated that a much bigger jackpot will be on the line.

And it was also reported that the “reboot” would be in a similar vein to how Who Wants To Be A Millionaire? returned with Jeremy Clarkson fronting it.

However, ITV have confirmed that This Morning star Phillip remains as host.