She gave birth to her second daughter just seven weeks ago and now Alesha Dixon has opened up about her post-baby body.

Speaking to Terri Seymour on Lorraine, Alesha revealed she's in no rush to lose the baby weight.

After being congratulated by Terri on the birth of Anaya Safiya, Alesha spoke about her post-pregnancy shape. 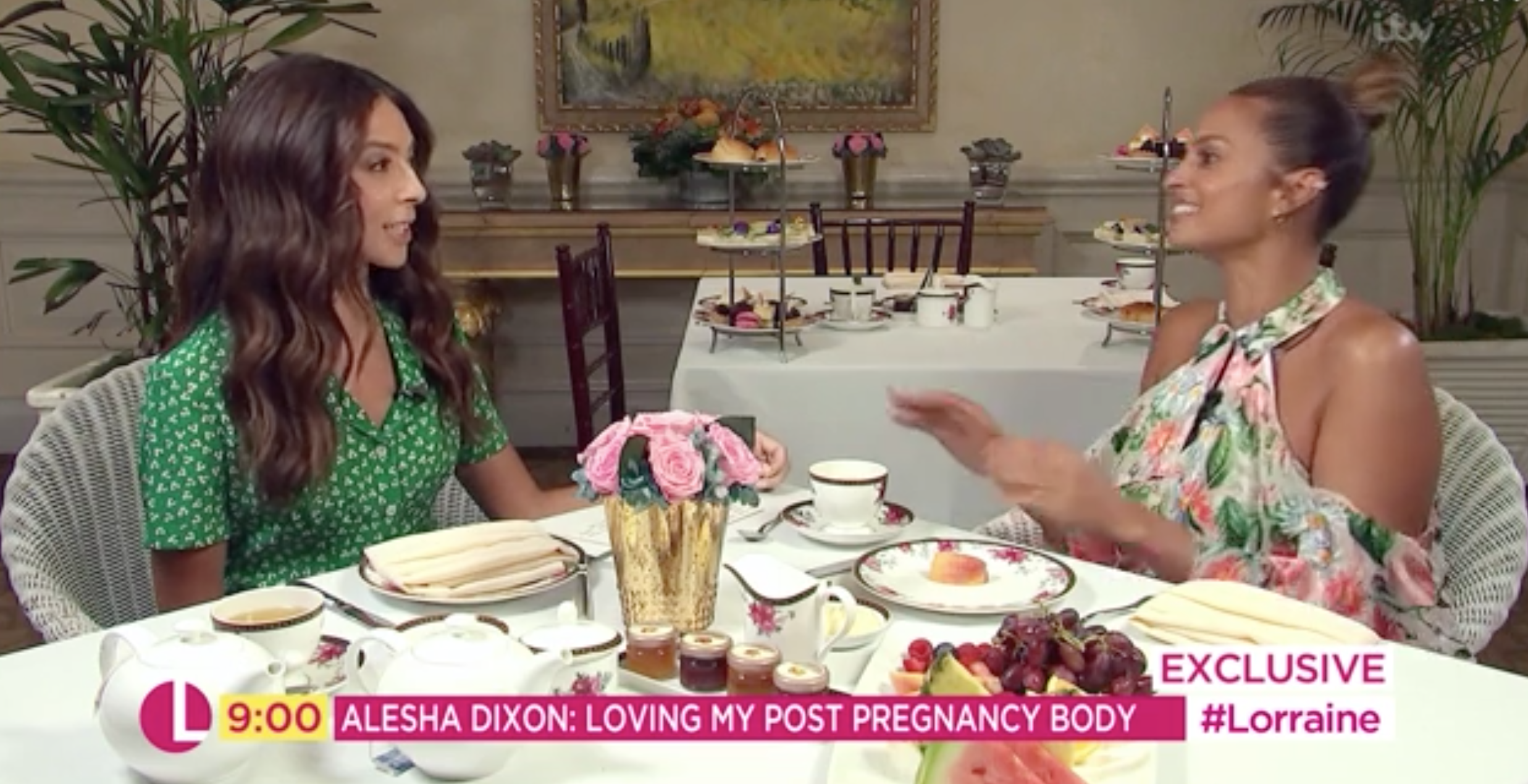 Referring to her tummy, she said: "I call it my little kangaroo pouch! I sort of tuck it into things and it disguises it."

Read more: Kerry Katona opens up about the death of husband George Kay

Alesha also revealed how she got into a skin-tight red PVC dress for America's Got Talent: The Champions, just weeks after giving birth.

Simon is changing into his jumper so let's take some pictures! 😁 @agt @howiemandel @heidiklum #AGTChampions 🇺🇸

She added: "I've always allowed my body to do what it naturally does. I’ve not gone on any silly diets. I think getting help has really helped, having my mum around."

Revealing how she's coping as a mum of two, Alesha said: "Sleep is everything. Honestly, when you have more than five hours sleep with a newborn baby, you can take on the world."

Read more: Katie Price's toyboy ex rates her a "one out of ten" in the sack

The Britain's Got Talent judge also revealed how things are different second time around.

I call it my little kangaroo pouch! I sort of tuck it into things and it disguises it.

The star is also mum to daughter Azura, six, with partner Azuka Ononye.

"When I had my first I didn't leave the house for two months," she said. "But with Anaya I'm out the house and in America. I don’t know if it’s just the fact that she’s my second and I’m more relaxed but I’m happy so nothing feels stressful."

And the star has revealed that she thinks she's "done" when it comes to adding to her brood – despite Azura wanting a brother.

"Literally two weeks after having the baby: 'Mummy, I think it’s time for a brother now don’t you?' 'I don’t think so darling, I think Mummy is done.'"

Alesha kept her second pregnancy quiet for six months. She shared the first photo of the tot earlier this month.