Following the death of her husband George Kay in July, Kerry Katona has spoken publicly about the tragedy for the first time.

Appearing on Loose Women, Kerry revealed she wasn't surprised that George had died.

She told the panel she felt like it was "inevitable".

Asked how she was feeling, Kerry – who is mum to five-year-old daughter DJ with George – admitted: "I was doing alright but I feel really overwhelmed right now." 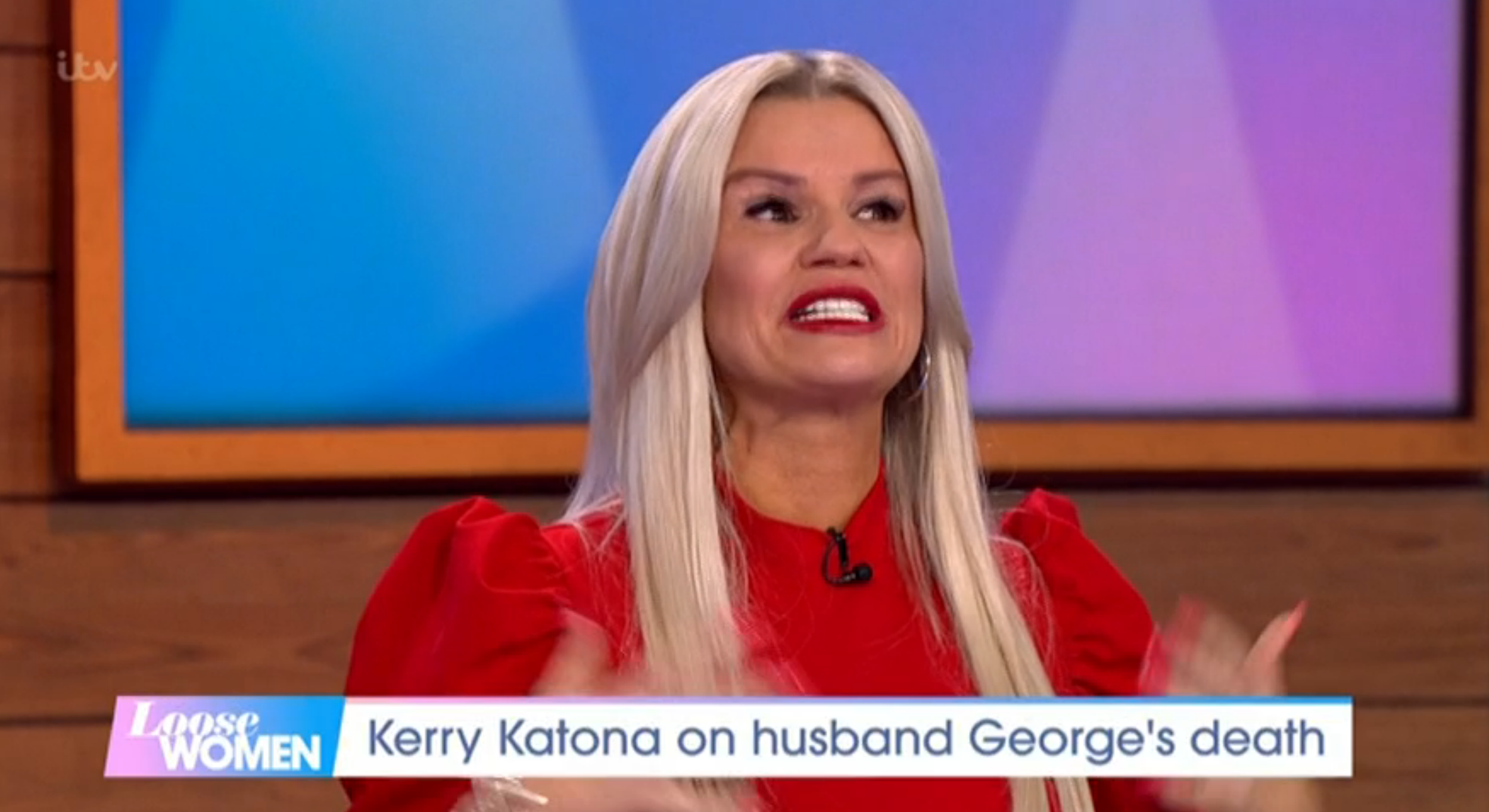 Asked how her five kids are doing, Kerry revealed: "The kids are doing really well. It was the hardest conversation I've ever had to have with a five year old. It was a shock, well it wasn't really, it was inevitable."

George was 36 when he overdosed, and Kerry is convinced it was an accident.

"He didn't take his life, it was an accidental overdose – George was too vain to kill himself. He had many issues and, by the time I worked this out, I was madly in love with him and we had a baby on the way." 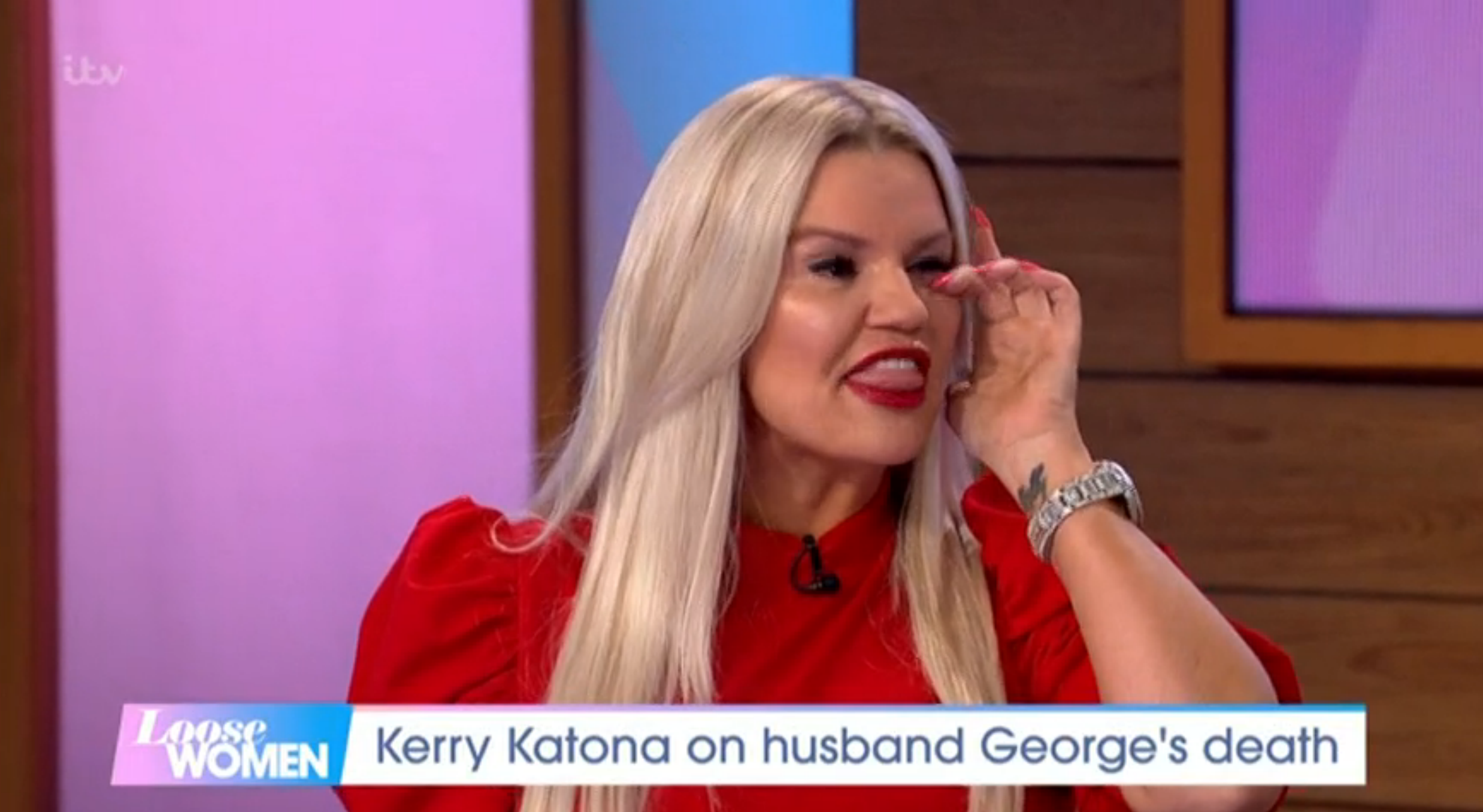 Kerry was visibly upset during the chat (Credit: ITV)

Kerry also revealed that she "knew" George was dead when she got a phone call from his dad's Facebook account.

"I started shaking. When I got this phone call I thought, it's George. I said to my partner Ryan: 'They're calling to tell me George is dead.' Then I got a phone call from my manager and I answered the phone and he said: 'Are you on your own lovely?' and I said: 'George is dead, isn't he?' and he said: 'Yes.'"

Opening up about the domestic abuse she claims to have suffered at the hands of George, Kerry said the reason she stayed with him is because it felt like she was being "groomed". 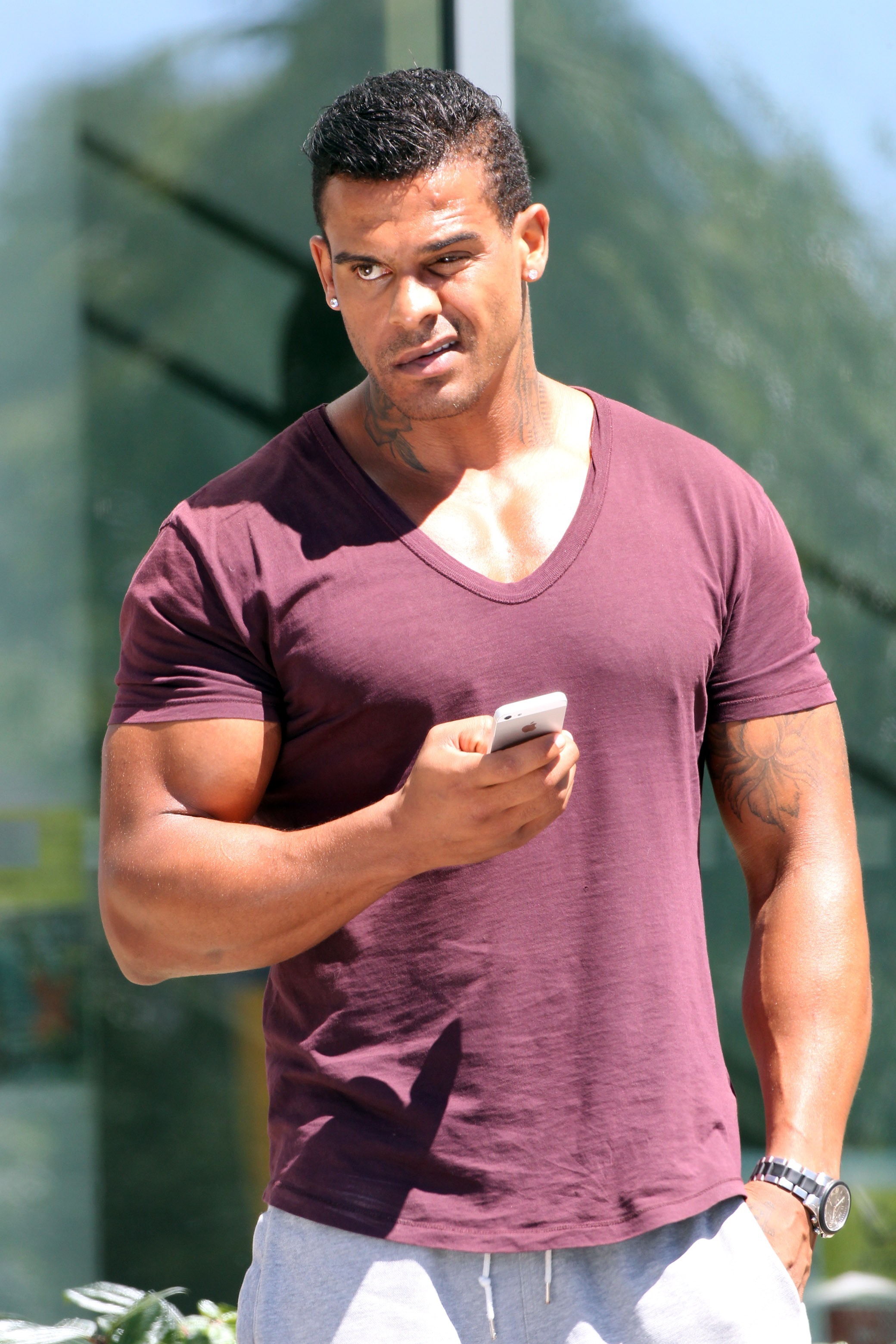 "Me and George had known each other since we were 14 – I always fancied him, he always fancied me – and when the violence started it was almost like you're being groomed."

She added: "Everyone was like: 'Well why didn't you walk away?' My mum was in a violent relationship and I got put in a foster home when she went back to him and I said I'll never do that. When I got a good hiding, I apologised to him."

He gave me hell when he was alive and he just left me, well not left me, but he left this world and, I'm not going to lie, he's better off where he is.

Kerry said that she split from George over his drug abuse and said she was so angry when he died that she went to the chapel of rest to see George's body.

"I drove straight down because we were still married, I was so angry that he left his baby girl, she's beautiful," Kerry said.

"Everyone kept asking me how I was feeling and I was just angry. He gave me hell when he was alive and he just left me, well not left me, but he left this world and, I'm not going to lie, he's better off where he is," she said. 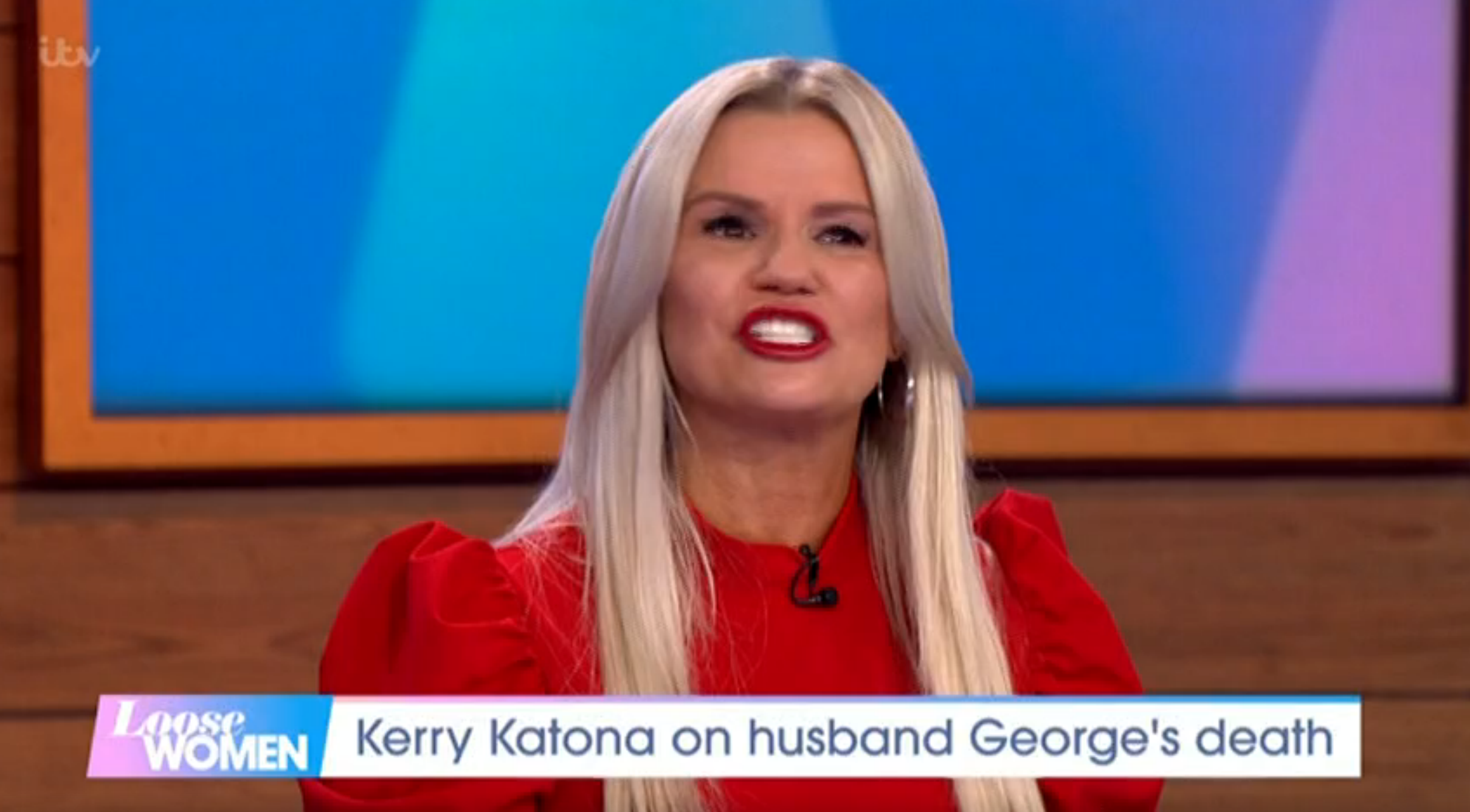 Kerry said she feels angry but that George is better off where he is (Credit: ITV)

She added: "He was so unhappy on this earth, he had so many demons, so many issues, we thought when DJ was born he'd change his ways, he had chance after chance, but he was never going to change."

Kerry – who has been clean for ten years – said the fact he chose drugs over her made her feel "worthless".

She also said that she will not take the blame for his death.

"I got loads of stuff on social media, in the papers, I've got blood on my hands. I left George because of what he was doing, I didn't make George do anything that he didn't want to do and I will not be blamed for his death," she stated.

She concluded: "I know if I'd have stayed with George I'd be dead or DJ would. Any decent mother or any decent father wouldn't let their child be around somebody who is abusing drugs."

Off to church with my dj best day of the week 🙏🙏 coat @princessandbunny.co.uk @jyylondon and boots from @bonniebooutique #AD 😘😘😘😘

Kerry is just out of hospital after spending a few days as an impatient with a mystery illness.