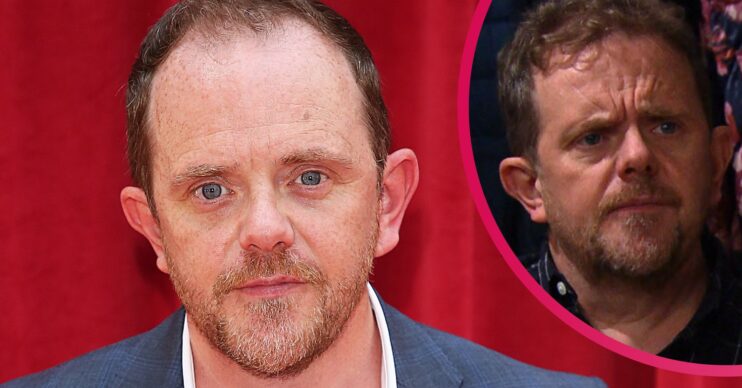 Who is Emmerdale actor Liam Fox?

Who is he married to?

Emmerdale actor Liam Fox has been in the show playing Dan Spencer since 2011.

Loveable Dan’s had some dramatic storylines over the years, but what about his alter ego?

Liam’s life hasn’t been drama-free. From his soap-star ex-wife to finding love with an old flame, here’s all we know about Emmerdale actor Liam Fox.

He arrived in the village determined to win back ex-wife Ali Breckle,  though she was already in a relationship with Ruby Haswell.

Dan also wanted to catch up with his children Sean and Amelia so he settled in the village and started a relationship with Chas Dingle.

The pair tied the knot but their marriage didn’t last more than a day after Chas believed she had killed Carl King and revealed she was cheating with Cameron Murray.

Dan then found happiness with Kerry Wyatt, though when Kerry tracked down his brother Daz, Dan wasn’t impressed.

Problems followed when Dan discovered Daz was the real father of Amelia.

With Dan and Kerry broken up, the kind-hearted mechanic suffered another blow when he had an allergic reaction to a wrap sold to him by Brenda at the cafe.

He fell and fractured his spine. He was in a wheelchair for a while and struggled to cope, but has recovered.

What else has Liam Fox been in?

Before Liam arrived in Emmerdale he’d had a busy career starring in many different television shows.

He featured in Dinnerladies alongside comedy icon Victoria Wood, and also had roles in Cold Feet, Fat Friends, and Casualty.

Liam was in Coronation Street too, four times! In June 1999 he played a pizza delivery guy.

He went on to rob the Rovers in January 2000, played another delivery man in November 2005 and finally a social worker who spotted Chesney Brown was home alone in March 2008.

Who is Emmerdale actor Liam Fox married to?

Liam tied the knot with actress Joanna Hudson in February 2020 – managing to squeeze in the celebrations just before the country went into lockdown.

Liam and Jo got engaged in 2019, but they’ve known each other since their days at university.

Jo appeared in Emmerdale as Ross Barton’s doctor, and has had roles in The Bromley Boys and Children’s Ward.

Does Liam Fox have any children?

Liam was previously married to Hollyoaks star Nicole Barber-Lane. The pair were together for 16 years and broke up in 2015.

They have two children together: Jemma is Nicole’s daughter from a previous relationship, but Liam views her as his own. And the couple share son Ben as well.

When they split up, the pair released a statement saying: “It is with much sadness that we confirm the end of our marriage, though our family unit remains strong.

“We will always love and respect each other and are united by our children and family remaining at the centre of our lives.”

In fact, the couple remain so close Nicole was invited to Liam’s wedding to Jo!

She was on tour at the time, so was unable to go. At his wedding to Jo, Liam told OK! magazine: “I even had my ex mother-in-law at the wedding! If Nicole wasn’t on tour, she’d have been there too.”