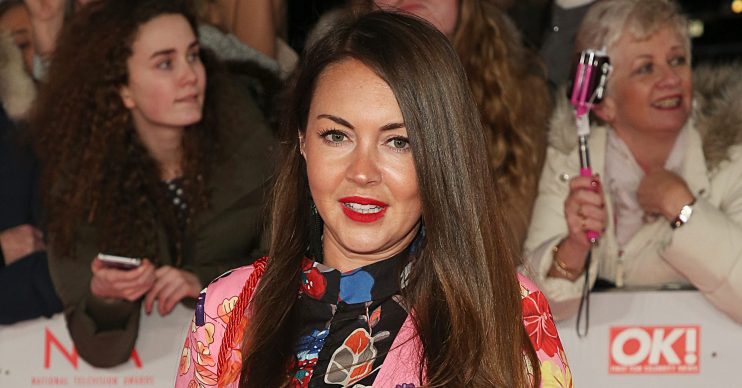 The actress, who welcomed daughter Dusty into the world with her husband Matt Kay in July last year, couldn’t allow herself “to be excited” when she found out she was expecting her daughter, as a result of previous experiences.

Lacey told The Sun Online: “I found pregnancy quite difficult as I couldn’t allow myself to be excited because of previous experiences, so it seemed very long.

I couldn’t allow myself to be excited because of previous experiences.

“I was fascinated with my body and the changes it made and how incredible it is, but I also found the adjustments very hard at times especially towards the end.”

The 31-year-old soap star, who has played Stacey on the BBC soap since 2004, is on maternity leave, and she admitted motherhood is the toughest job she’s ever had.

She explained: “Being a mother is by far the hardest job I have ever done in my life. But it’s also the best thing in the world.

“It has changed me because it makes you see everything differently. It highlights what’s important and what isn’t! I think I’m much more chilled out now I’m a mother.

“Somehow we manage to juggle everything and everyone and yet we still feel guilty for certain things. I think until you have done it you can’t understand how challenging it is yet so rewarding.”

Lacey previously revealed she and her husband decided on their daughter’s name after looking online, and she has described the bundle of joy as their “little miracle”.

She said: “It wasn’t on our original list but we did an internet search for ‘pretty girls’ names’ and we both said it at the same time. Dusty’s our little miracle – we call her special K.

“You hear so many horror stories about labour but I feel lucky to be able to say I had a really lovely time.”

Recently the actress welcomed another new member to the family and she shared adorable pictures of new puppy Ned.