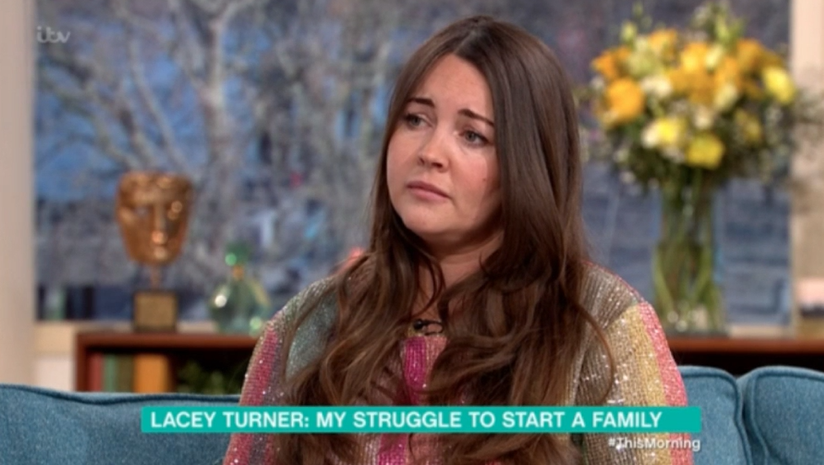 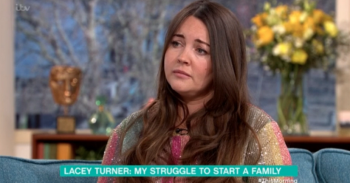 EastEnders’ Lacey Turner was tearful as she talked about the “heartbreaking” experience of going through two miscarriages on today’s This Morning.

The actress, who plays Stacey Fowler in the BBC soap, appeared on Wednesday’s (March 13) show and opened up about her struggle to start a family.

But before conceiving, the star worried she would never have children.

She explained to hosts Phillip Schofield and Holly Willoughby that she always thought she would get married and “then have a baby, and then have another baby” but soon learned that life “doesn’t work like that”.

Lacey said: “A month after the wedding, we got pregnant. We couldn’t believe it, you start thinking about names and then we got to seven weeks and we sadly lost it.

“It was heart-breaking. My whole world crumbled. I didn’t know anyone who had been through this. I didn’t understand why I felt like this about someone I’ve not met.”

Speaking further, Lacey said she would drive herself “insane” wondering if it was somehow her fault.

Shortly after that, the star got pregnant again. But seven weeks into the pregnancy, she lost her baby for a second time.

She continued: “We were really nervous about trying again and we tried and tried. 18 months had gone by and still nothing.”

She was sure that “nothing was happening” for her and Matt.

During her third pregnancy, everything seemed to be going well until, seven weeks in, Lacey started bleeding and rushed to her GP.

She believes this medicine saved her unborn child, who is due mid-July.

Speaking to OK! Magazine, she said: “I can’t wait to nurture our baby – we’ve dreamed of having a family for so long.

“When you’ve lost babies all you care about is the heartbeat – we’ve had about 12 scans.”

Lacey and Matt met when they were just 15 and tied the knot in a romantic ceremony in Ibiza in 2017.