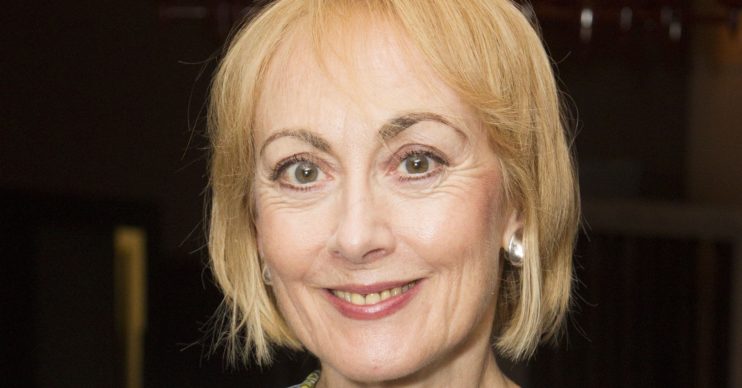 Coronation Street is set to welcome Paula Wilcox for a guest role later this month.

Paula, best known for playing Chrissy Plummer in 70s sitcom Man About The House, will be part of the Geoff and Yasmeen storyline.

She previously had a part on the cobbles 51 years ago as Janice Langton, sister of Ray, who was Tracy Barlow’s father.

Who will Paula Wilcox play in Coronation Street?

But her role this time is set to be much more integral as she is said to be playing Elaine, the former partner of abusive Geoff Metcalfe.

With Yasmeen in prison for stabbing Geoff after his abuse got too much, could Elaine be the person to save her? Or will her arrival spell the final nail in the coffin for poor Yasmeen?

“But as this is Corrie it won’t be plain sailing, there’ll be quite a few twists and turns along the way.

She has also appeared in shows such as Girlfriends, Upstart Crow, and Mount Pleasant.

What’s happening with Geoff and Yasmeen in Coronation Street?

With Yasmeen currently in prison awaiting trial for attempted murder, Geoff fears he is losing control this week.

She decides to visit Yasmeen to get her side of things after Alya asks Sally to be a defence witness.

But when Sal returns home and tells Geoff where she’s been, he turns nasty.

Tim is shocked to walk in and find his angry dad and a terrified Sally. Has Geoff made one mistake too many? And will Tim finally realise what his father is really like?

Meanwhile, later in the week he returns to work at Speed Daal. He manages to steal Alya’s phone when he discovers she’s expecting a call from Yasmeen, therefore when Yas rings and hears Geoff’s voice at the end of the line, she’s terrified.

Has Geoff got the upper hand once again?

Are you looking forward to seeing Paula Wilcox in Coronation Street? Leave us a comment on our Facebook page @EntertainmentDailyFix and let us know what you think of this story.