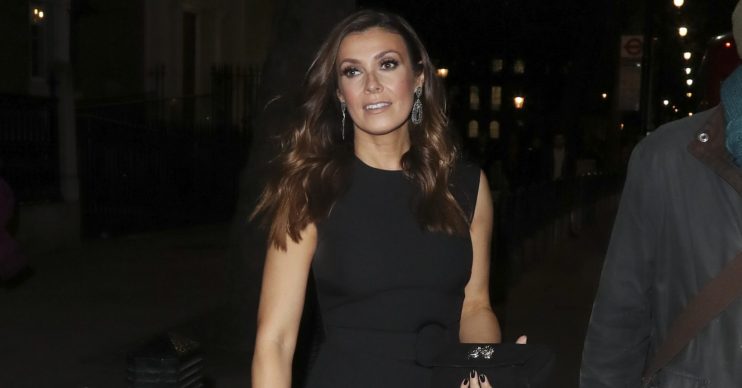 Kym Marsh, who played Michelle Connor in Coronation Street for 13 years, has spoken out about her difficult time since leaving the soap.

The actress revealed she has been spending time with her youngest child Polly.

Speaking in her column in OK! Magazine she said: “This week has been Mummy and Polly week.

“I have to admit I’ve found the process of leaving Coronation Street and having so much more time to myself really difficult, I almost feel bad when I’m not working, even though I shouldn’t.”

Read More: Coronation Street viewers want Yasmeen to kill Geoff and feed him to the chickens

However the soap star opened up about how amazing it has been to spend more time with her family.

She added: “But it’s been amazing to be able to spend more quality time with Polly, even if that’s just on the school run or out shopping.

“Mind you, she only came shopping with me this week after I bribed her away from YouTube with ice cream.”

She then went on to say since leaving the show, she’s been able to spend more time with her grandson Teddy.

Around the same time, Kym also made the decision to leave the ITV soap.

On screen, her alter ego had tried to set up cheating fiancé Robert for the murder of Vicky Jefferies – who had been hiding out in a motel.

But when Vicky went into labour with her son, Michelle called an ambulance and Robert was proven to be innocent.

On Christmas day, Robert was shot and killed and soon Michelle made the decision to move to Ireland.

Polly also had a role in the show playing a naughty elf.

Have you ever felt this way after leaving a job? Leave us a comment on our Facebook page @EntertainmentDailyFix and let us know what you think!