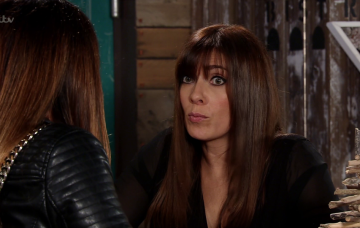 Michelle Connor actress has been with the soap for 13 years

Kym Marsh is set to leave Coronation Street after over a decade in Weatherfield.

The 42-year-old actress and singer signed on to the ITV soap as former pub landlady Michelle Connor 13 years ago in what was supposed to be a cameo role, but has now decided it’s the “right time” for her to move on to something new.

The former Hear’Say singer will leave the show later this year, but it has been reported bosses won’t kill off her character, meaning the chance for a return has been left open.

A TV insider said: “Kym has loved her time on Corrie and has lifelong friends on set, but she is ready for a new challenge.

“She loves the role of Michelle and she told bosses she hoped they would agree to keep the door open in the future.

“They have done – so everyone is leaving on great terms.

“The writers will want the character to go out with a bang.”