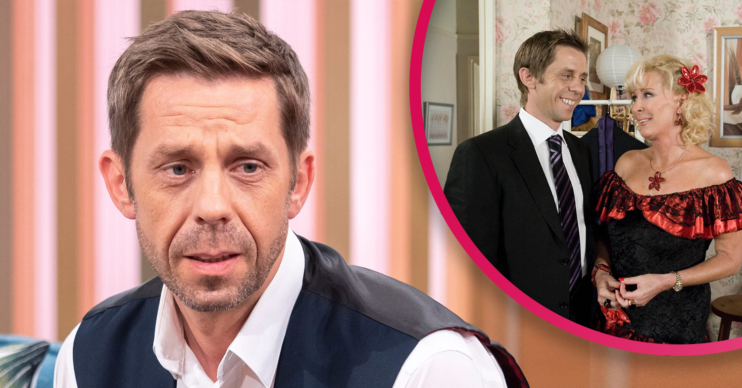 Steve McDonald's twin brother is eyeing up a comeback

Former Coronation Street star Nick Cochrane has admitted he fears his role on the cobbles as Andy McDonald will be recast.

The 46-year-old star spent seven years on the ITV soap as Andy McDonald until his exit in 1987.

However, he has admitted he is concerned Corrie bosses could bring the character back, but with another actor.

He told the Distinct Nostalgia podcast: “What I dread is Andy coming back and it’s not me because, let’s be honest, that could happen. But I’ll cross that bridge when I come to it.”

Corrie – and soaps in general – don’t shy away from recasting where necessary. Dawn Acton played Tracy Barlow before Kate Ford took on the role. Nick Tilsley has also been played by three actors, including current star Ben Price.

Nick has since appeared in panto and was seen in Doctors last year. He says he believes his cobbles departure came about partly because he didn’t “mither” bosses for better storylines.

He added: “That’s not my game and I think I was overlooked.

“I was picking up plenty of episodes because I was always in the Rovers in other people’s episodes. It was easy money.”

Nick also reveals he would be up for a return to the soap. Andy has popped back to the cobbles over the years, but the last time we saw him was in 2009 for brother Steve’s wedding to Becky.

With his on-screen mum, Liz McDonald, aka Beverley Callard leaving this year, the timing could be perfect for a comeback for Andy. However, Nick is more keen on a permanent return.

“It would be good if the boys got back in touch and Andy ends up back in Weatherfield.”

He even suggested an organ transplant storyline with Steve could bring him back.

With Steve currently left devastated over his son, Oliver, being diagnosed with mitochondrial disease, it could be the perfect time for his brother to offer some support.

Meanwhile, Nick admitted he was also disappointed the timing of his Weatherfield exit didn’t coincide with the explosion of celebrity reality TV shows.

He explained: “Timing was a bad thing.

“If I’d have been another five years, eight years later when you’ve got I’m A Celebrity, Celebrity Big Brother, celebrity cooking shows, I’m a celebrity mowing my lawn.

“I could have made a very good living out of not doing anything to be honest and being filmed doing it.”