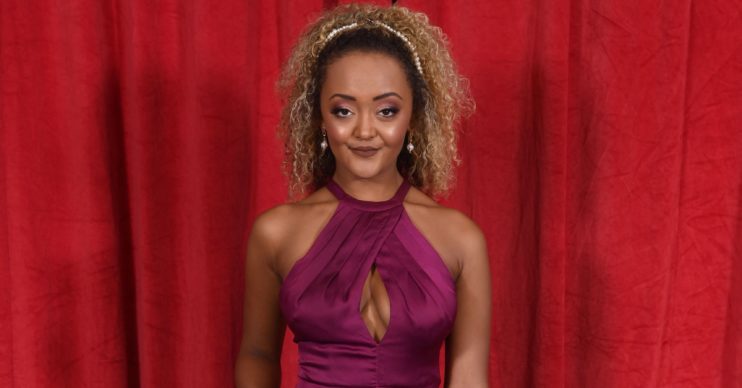 Alexandra and Joe have been together for a couple of years

Coronation Street fans have declared that Alexandra Mardell and her gorgeous boyfriend Joe are ‘couple goals’ after a series of posts on Instagram.

Alexandra, who plays Emma Brooker in the ITV soap, often shares pictures of herself and Joe. And her followers love to see the two together .

Always smiling with my Mr 🙂

Ali posted another picture recently which said: “Always smiling with my Mr.”

One fan wrote: “Lush photo of an even lusher couple.”

Alexandra revealed earlier this year that she and Joe would be moving in together.

In an Instagram post, which she shared in January 2020, she told her followers how she and Joe started off as friends and eventually became a couple.

She wrote: “GSA Grad Ball 2015 – we were just friends. Two years later we were a couple, now two years together, he’s moving in. So many exciting events and adventures already and still so many more to come.”

A couple of weeks ago, Ali returned to filming at Coronation Street. But a clip of her on set sparked concerns with her fans when she walked into a wall.

The ‘accident’ was picked up by Phillip Schofield on This Morning. However the actress addressed what happened on her Instagram, revealing it was scripted as part of a scene and she wasn’t hurt at all.

Although Alexandra is loved-up in real-life, the same can’t be said for her character Emma. The hairdresser is in an awkward living situation with her ex-boyfriend Seb and his other ex-girlfriend Alina.

While Seb and Alina seem to want to get close again, Alina doesn’t feel comfortable knowing it would upset Emma, who she has become friendly with.

On top of everything with Seb, Emma recently found out her little brother Oliver has an incurable form of mitochondrial disease.

His illness is life-limiting, which has left her and the rest of his family devastated.

Do you enjoy seeing Alexandra in Corrie? Leave us a comment on our Facebook page @EntertainmentDailyFix and let us know what you think!