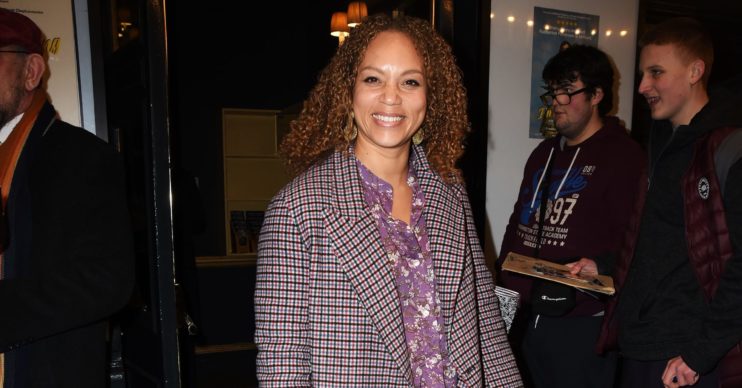 Former Coronation Street star Angela Griffin has shared a picture of her ‘lookalike’ daughter Tallulah, as she turns 16.

As well as sending their birthday wishes, Angela’s followers were quick to comment on how alike the mother and daughter look.

A second commented: “Happy Birthday! She’s the double of you. Beautiful!”

She also posted a picture of Tallulah’s cake. Admitting that she didn’t make it herself she wrote: “I didn’t make it! But I ate it. Tasted as good as it looks.”

I didn’t make it! But i ate it. Tasted as good as it looks. #happy16thbirthday @tallulahjae

Tallulah is Angela’s oldest daughter with her husband Jason Milligan. They also have another daughter called Melissa.

Tallulah and Melissa have birthdays quite close together as just a few weeks weeks ago Melissa turned 13.

Angela is well known for her role in Coronation Street playing Fiona Middleton.

She originally appeared on the show from 1992 until 1998. Whilst her character is no longer on the soap, Fiona’s daughter Emma Brooker is living on the Street.

For over a year Emma was on the show and no one knew much of her background. But last year, when her dad John died, it was revealed that her mum is Fiona.

Angela made a brief return to the soap with Fiona appearing via Skype call.

She has since been mentioned a few times as Emma revealed she planned to go to visit her mum, who now lives in Australia.

After her short return, Angela hinted there is a possibility for Fiona to return to resolve ‘unfinished business’.

Speaking at the 2019 TV choice awards she told Digital Spy: “I think there is in terms that Emma is my daughter and there’s unfinished business with Steve obviously.

“But there’s no plans at the moment. I think they are just going to let the storyline play out and see what happens.”

What other shows has Angela been in?

As well as Coronation Street, Angela briefly appeared in Emmerdale for a few episodes in 1993 and after leaving Corrie, she joined the cast of Holby City.

Most recently she appeared in Netflix hit White Lines.

Would you like to see Fiona return to Weatherfield one day? Leave us a comment on our Facebook page @EntertainmentDailyFix and let us know what you think!