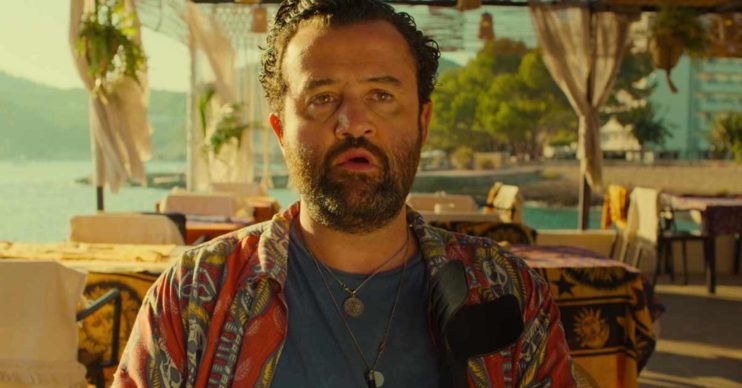 The Netflix series was penned by Alex Pina

According to actor Daniel Mays, it’s a murder mystery that’s perfect for lockdown.

White Lines is ‘perfect’ for lockdown

Speaking on Good Morning Britain, Daniel explained: “I can’t think of a better show to be released in lockdown because the locations are to die for – it’s a visual treat.”

He added: “There’s comedy, amazing locations, the soundtrack is to die for, it’s dark and it lifts the lid on the seedy underbelly of the island.”

The ten-part series was filmed in the sun-drenched island of Ibiza and was penned by Alex Pina.

If Alex’s name sounds familiar, that’s because he also created Netflix drama Money Heist – aka, one of the streaming service’s most watched shows ever.

What is White Lines about?

The DJ’s body is discovered in a desert following his disappearance 20 years earlier.

Devastated by the news, his sister Zoe (Laura Haddock) comes to Ibiza to investigate.

As the truth begins to unfold, the plot gets darker and an unsuspecting Zoe is horrified to learn of her brother’s connections to gangsters ruling the island.

Daniel plays Marcus – DJ Axel’s long-suffering best friend who is desperately clinging onto the past.

“In 20 years of acting, I’ve never been so excited for a show to be released,” the star added. “It’s phenomenal.”

White Lines is the first Netflix series Daniel has ever starred in.

Opening up about why he was so excited to get the role, he admitted it gave him the chance to really sink his teeth into the show.

He explained: “This is ten episodes so you are able to really sustain a character and breathe life into it.

“That’s what White Lines does. It adds as the series unfolds. It’s a brilliantly written character piece.”

In other news, Daniel is also starring in the Sky One series Code 404 alongside his pal Stephen Graham.

The hit show was recently recommissioned for a second series.

“It’s Sky’s most successful comedy in the last eight years or something like that,” Daniel added.

“So we are thrilled to be going back and giving you guys a second series.”