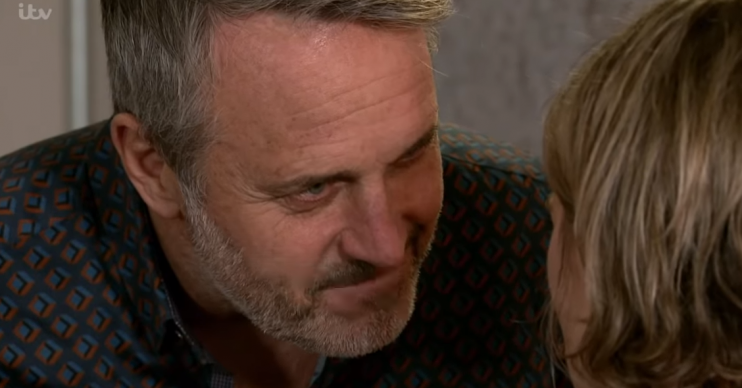 Abi went to meet Ray in a hotel room

Fans of Coronation Street have accused the soap of recycling the storyline between Ray Crosby and Abi Franklin.

Viewers know Abi recently stole Ray’s car and set it on fire as revenge for sexually harassing and assaulting women.

To protect Abi, her new boyfriend Kevin Webster covered for Abi saying they were together that night, however the police aren’t so sure.

In last night’s episode (Monday February 24 2020) Ray showed Abi that he had dashcam footage of her stealing the car and told her if she didn’t want him going to the police, she would need to meet him at a hotel.

When Abi turned up, Ray forced her to get changed into lingerie and he took a picture of her getting changed.

After Abi got changed, Ray threw her out into the hotel hall telling her she disgusted him.

However viewers were quick to notice the storyline is very similar to what went on between Anna Windass and Pat Phelan.

Pat had an ongoing feud with Anna’s boyfriend Owen Armstrong and in 2014, he told Anna if she slept with him, he would terminate Owen and her son Gary’s work contracts and end their torture working for him.

Anna agreed and ended up sleeping with the dodgy builder.

This Ray storyline has been done before. Bored move on get rid of Ray. Kevin to keep the garage. #Corrie

Anna got her revenge on Phelan four years later when he went on a rampage in the Bistro, shooting Michelle Connor.

Anna was the one to stop the serial killer as she stabbed him, which caused him to die.

This Ray storyline has been done before.

However, we don’t know if Abi would go to the same lengths.

Although Abi and Ray didn’t sleep together, he went to Kevin and told him about the dashcam footage.

Ray demanded Kevin sell him the garage at a cheap price in return for him not taking the footage to the police.

Will Kevin sell his business? And will Abi tell Kevin about what happened in the hotel room?