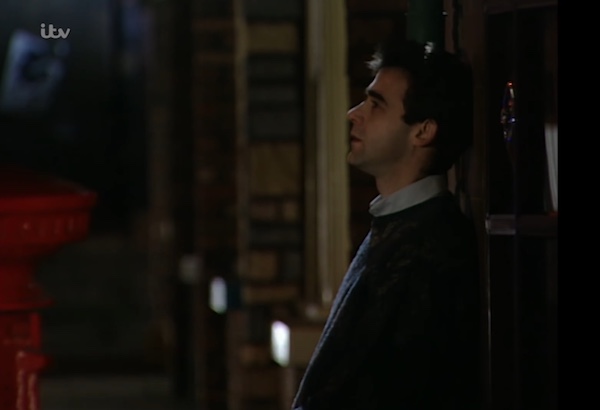 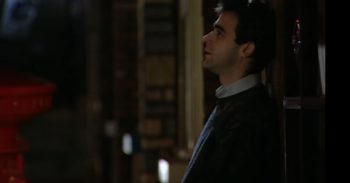 Chippy garage mechanic, loves a ruck, partial to a pint

There have been times over the years when Coronation Street’s Kevin Webster has tried everyone’s patience. He’s had more scraps than any other character on the street.

Actor Michael Le Vell has always done a good line in despair and resignation and beneath that curmudgeonly exterior all Kev really wants is the garage ticking over and a quiet life.

Kevin’s true love is Sally but though they’ve been married twice they are clearly better suited as pals, despite that wine-fuelled snog of Sal’s in 2016.

Steady is what Kevin has to offer and though he’s a doting dad to Rosie, Sophie and young Jack maybe it’s time for him to dust off the cobwebs before it’s too late.

If proof were needed that it’s good to have a trade, Kevin Webster is it. In 1983 when Alf Roberts’ car broke down hitchhiker and trainee car mechanic Kev was there to help.

Alf pointed Kevin in the direction of Brian Tilsley’s garage and barely a day has passed since then without Kev rocking a greasy overall.

Kev spent his early years lodging first at Emily Bishop’s and then Hilda Ogden’s after his dad, Bill, remarried and moved away to Southampton.

Life on the Street really picked up for him though when he clapped eyes on lively young blonde Sally Seddon.

Wedding no.1 for Kevin and Sal was in 1986 having weathered the challenge of living under the roof of the Street’s nosiest inhabitant, Hilda.

It was Kevin’s affair with Natalie Horrocks (Denise Welch) that put an end to that in 1997 followed by Sally’s tit for tat romance with businessman Greg Kelly.

Wedding no.2 was five years later and apart from giving security to Rosie and Sophie it’s hard to see what had really changed to make them think it would work this time.

Kevin’s affair with Molly Dobbs might never have come out if it hadn’t been for the tram crash when Molly stunned Sally with a deathbed confession.

Protective dad Kevin has often felt the need to knock some bloke’s block off on account of eldest daughter Rosie, especially teacher John Stape who slept with her when she was 16.

Christian lesbian younger daughter Sophie has been less of a handful and it was actually Kevin who was the more supportive when Sophie first came out and tried to elope with Sian Powers to Gretna Green.

Kevin lost his first son Jake, from second wife Alison Webster, to a fatal infection soon after he was born.

His son, Jack, by Molly, has not always had Kevin’s full attention though he has done his best for him after Jack developed sepsis and had a foot amputated – something which Kevin initially blamed Sophie for as she was babysitting.

When he first settled on the Street most of Kevin’s elbow exercise in The Rovers was done with Terry Duckworth and Curly Watts and a few years later Martin Platt.

Kev will never find a better pal though than Tyrone who he took on as an apprentice mechanic in 1999.

20 years later and they are still mates but that friendship was tested to its limit when Kevin had an affair with Ty’s wife Molly, who bore Kev a son.

That Tyrone ever forgave Kevin was much to do with Kev’s support when Tyrone was being physically abused by partner Kirsty Soames.

There was a very long queue of people wanting to have it out with Phelan and Kevin was amongst them after he started dating Anna Windass.

The murderous builder blackmailed Andy Carver into torching the garage to try and frame Kevin for insurance fraud.

That was Pat’s revenge for Anna trying to expose his Calcutta Street scam with Vinny seeing Kevin as collateral damage.

Kevin stood up to Pat when he caught him threatening Anna in the café but in the end Kevin proved himself to be more louse than hero when he dumped Anna. Shame on you, Kev.

“The wheels on the bus go round and round.” Going internet dating with Jenny Bradley in 2015 was one of Kevin’s biggest mistakes.

Kevin didn’t realise how deeply disturbed Jenny was after the tragic loss of her four year-old Tom in a paddling pool accident but he had plenty of warnings from Rita and others.

Jenny ran off with Jack while Kevin was at Maddie Heath’s funeral and a terrifying balcony showdown only ended safely when Kevin managed to talk her round.

Jenny was sectioned and when she returned in 2016 actually saved Jack’s life when he nearly got hit by a tram (like her dad) in Blackpool.

Do you love Kevin? Leave us a comment on ourFacebook page @EntertainmentDailyFix  and let us know what you think!