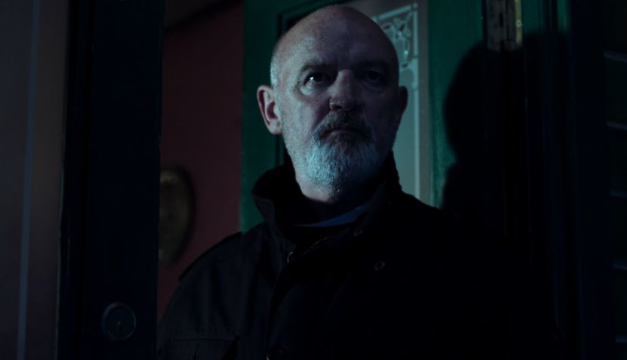 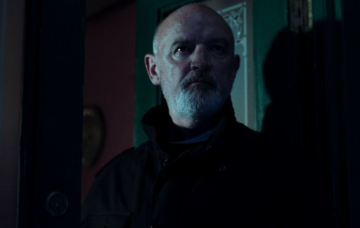 Coronation Street fans went into meltdown after tonight’s dramatic episode which saw Anna Windass do what Eileen Grimshaw couldn’t – kill off evil Pat Phelan once and for all!

He’s well and truly dead this time – the body bag and blue face giving viewers the biggest clue that he wouldn’t be rising from his grave again – after Anna plunged a knife into his chest in the Bistro kitchen.

A dying, but still smug, Phelan told Anna he’d be happy to die in the knowledge that she would be spending the rest of her life in prison for murder and deliberately pulled the knife out causing him to bleed to death.

But Anna shrugged his words off, saying it would be worth it to know he wasn’t alive to cause anymore death and misery. “It would be worth every minute,” she bitterly told him.

Anna’s fearless actions came after Phelan stormed the Bistro – where Michelle Connor and Robert Preston were set to marry – carrying his daughter Nicola Rubinstein who he’d accidentally shot in a struggle over his gun at no. 11.

While Ali Neeson and Rana Nazir desperately tried to save the new mum’s life, Phelan yelled that he needed a hostage and grabbed a shocked Michelle before dragging her into the kitchen.

But once he’d locked the door behind them, he spotted Anna already waiting. “You!” he gasped in shock. “Yeah. Me,” Anna grimly replied.

He shot Michelle in a panic as Anna plunged a kitchen knife into his chest, causing him to drop the gun.

As police surrounded the Bistro, the wedding party stormed the kitchen, with Ali leaping to save him mum. Phelan collapsed on the floor and pulled the knife out of his chest. “Let’s make sure she goes down for murder,” he hissed.

Anna, unfazed, told him that it was self-defence as he was about to shoot Michelle, to which the bloody bride agreed.

“People like you don’t get to win,” Anna snarled at him. “And when I get out of here, I’m going to go back out there and meet my grandson. And we’re going to forget that you ever existed.”

For the first time, Phelan looked broken. He tried to summon up a laugh as Anna breathed: “I win,” into his ear, but he bled out on the kitchen floor.

Fans could not believe what they were seeing, sending Twitter into meltdown as Pat finally breathed his last breath.

Very fitting Anna delivered the wound. Now who's leaving on a coffin , Michelle or Nicola #corrie

After his body was led away, Anna told the Corrie residents that she’d be living in Durham as Weatherfield held too many memories for her now.

Anna even managed to make amends with Phelan’s widow Eileen Grimshaw who had sided with the villain over the former cafe-worker.

The pair, who Anna pointed out were both survivors, held hands as his body was wheeled into an ambulance.

So that’s Phelan gone for good then. Time for a bit of peace and quiet on the cobbles? Nah, we doubt it either.

Will you miss Phelan? Leave us a comment on our Facebook page @EntertainmentDailyFix and let us know what you think!