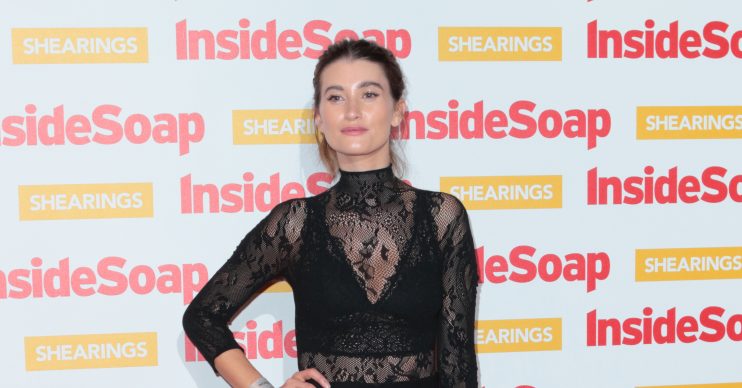 Charley's son Bowie is due to start school in September

Charley Webb, who plays Debbie Dingle in Emmerdale, has admitted she feels like an “awful mother” after missing the school application deadline for her son Bowie.

The mum of three spoke on her Instagram story about the situation saying: “So Bowie is starting school in September and apparently yesterday was the deadline to get your application forms in for what school you want.

“Has anybody else missed the deadline? I just want someone to tell me yes just so we can be in the same boat.

“But anyway it’s just a much longer process apparently if you miss it.”

Charley continued: “I just cannot believe that I’ve done that. January just feels like you just get over Christmas and then like two weeks later you have to have thought about what school you want them in.

“I mean obviously I want him to go to the same school as Buster but you know to me it just feels so quick. Anyway, hashtag bad mother.”

Bowie is Charley’s middle child, who turned four last month. She is also mum to nine-year-old Buster and Ace, who is nearly six months old.

Currently Charley is on maternity leave from the show.

Whilst Charley is away from the soap, her alter ego Debbie moved up to Scotland to run a garage she was left by family member Lisa Dingle.

However Debbie’s teenage daughter Sarah didn’t want to go with her and ended up staying in the village.

Whilst Debbie’s been away, Sarah got caught up with a dangerous boy named Danny who got her into holding drugs for him.

Read More: Emmerdale viewers express concerns for Andrea’s health as she appears to have long-lasting cold

Recently he lied to Sarah that her losing some of his pills meant people were after him and pretended he had been beaten up.

He told her in order to pay back the people who were after him, she needed to help him deal drugs.

But she soon found out that Danny had lied to her about being beaten up and reported him to the police and he was soon caught.

Are you missing Debbie in Emmerdale?

Have you ever missed the deadline for a school application? Leave us a comment on our Facebook page @EntertainmentDailyFix and let us know what you think!