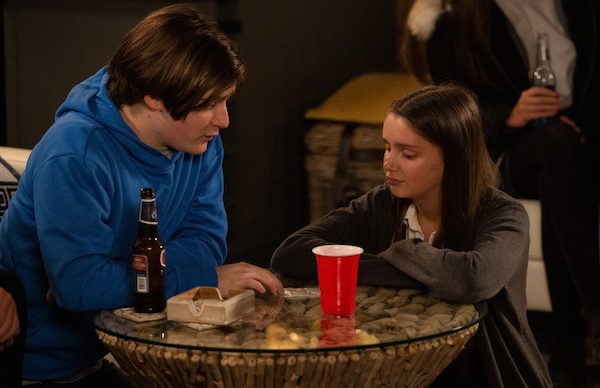 Sarah has been getting into some trouble recently

Teenager Sarah Sugden risks her life by taking drugs in next week’s Emmerdale.

Recently viewers have seen Sarah bunk off school to impress new boy Danny but she soon takes things a step too far.

Whilst at a party, Danny and his friend Jayden offer her drugs.

Keen to impress Danny and her friends, she takes a pill, much to the horror of her uncle Noah, who is only a year older.

Since her mum Debbie moved to Scotland with her little brother Jack, Sarah has been staying with her grandmother Charity and Charity’s (now ex) fiancée Vanessa.

But when Sarah explained that she knew she wouldn’t have as long of a life due to her heart and the fact she had cancer as a little girl, Charity agreed to let her and Danny see each other again.

But what’s going to happen after she takes the drugs?

Will Noah tell Charity about it?