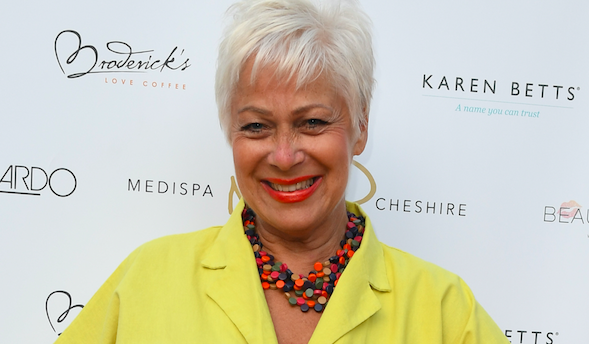 ITV has confirmed that two new characters will be arriving in Emmerdale later this month – and one of them will be played by Denise Welch’s son Louis Healy.

Denise’s youngest son with fellow actor Tim Healy has joined the cast as a shady lad, who is set to cause trouble for Sarah Sugden.

Read more: Emmerdale’s child actors look grown up as they head back to school

He will play schoolboy Danny, who befriends Sarah but leads her astray in the week beginning September 16.

In upcoming Emmerdale episodes, Sarah tries to show off in front of her new friend, but gets herself in trouble when Vanessa Woodfield catches them hanging out together instead of doing school work.

Soon enough, Sarah’s mortified when Charity Dingle tells her off in front of him.

The 18-year-old actor has previously starred in ITV’s Vera, Scott And Bailey and Doctors.

He’s also appeared alongside his mum in an award-winning short film about depression and anxiety.

Soap fans know that Denise is no stranger to the soaps, after starring as Natalie Barnes in Coronation Street between 1997 and 2000.

Dad Tim, now divorced from Denise, also starred in the soap as Sean Tully’s dad Brian in 2006, having previously had a smaller role on the soap as a bingo checker in 1976.

Denise’s eldest son Matt Healy is also in the spotlight – he’s the lead singer of award-winning band The 1975.

The proud mum shared her excitement at Louis’ new role by sharing a photo of him on set, alongside the words: “Louis is joining Emmerdale.”

Comedian Tommy Cannon will also be arriving in the Dales.

His appearance was teased last month when he let the news slip in a now-deleted Twitter post, in which he said: “Excited to be able to announce that I’m doing a brief stint as Derek in Emmerdale! Spending some time in the Dales.”

Tommy, who is better known as one half of comedy duo Cannon and Ball, will portray a patient of Doctor Manpreet.

The full nature of both Louis and Tommy’s storylines are being kept under wraps for the time being, although the village visitors are set to have serious consequences for the full-time residents of the small village.

Are you excited to see the new characters arrive in the Dales? Leave us a comment on our Facebook page @EntertainmentDailyFix and let us know what you think!