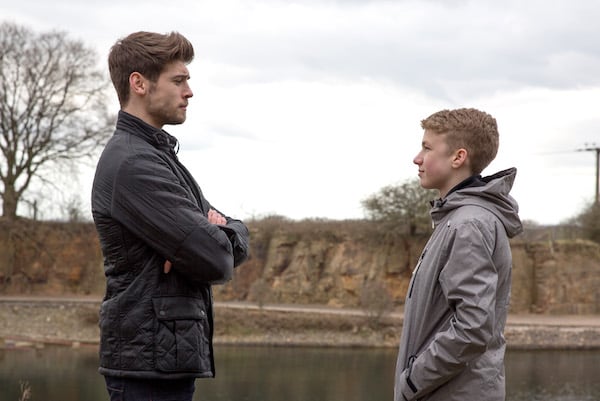 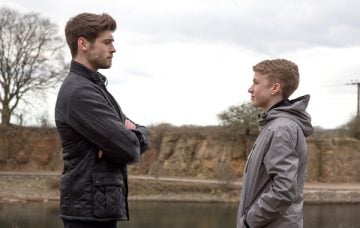 Joe has not been seen since last year

Viewers of Emmerdale have predicted Joe Tate will return as his brother Noah Dingle fights for his life.

Fans of the ITV soap know Noah’s niece Sarah has been hiding drugs for her boyfriend Danny.

While Noah has been desperately trying to make Sarah see the dangers of taking drugs, he ended up taking them himself.

In last night’s episode (December 23 2019), Noah was found passed out in the woods and when his mum Charity and Charity’s girlfriend Vanessa got to the hospital, they were told he’s in a critical condition.

Bring Joe back to save Noah.

The doctor explained that Noah was in intensive care as he was brought in with severe hypothermia.

Mixed with the drugs he had taken, it had contributed to rhabdomyolysis, which is kidney damage.

Read More: Emmerdale’s Arthur and Dotty actors Alfie Clarke and Tilly-Rue Foster pose for picture as they finish filming for the year

Although the doctor was unable to say whether the kidney damage was permanent, she said the next 24 hours would be critical for Noah.

With the teenager fighting for his life, viewers want to see the return of his older half-brother Joe.

Bring Joe back to save Noah #emmerdale

You gonna bring Joe back to give Noah a new kidney?? #Emmerdale

Viewers know Joe was seemingly killed off after Cain Dingle punched him for leaving his daughter Debbie at the altar.

Joe hit his head on a rock and it looked like Graham Foster was forced to get rid of his body.

Read More: Emmerdale’s Amelia Flanagan poses with Corrie siblings as they go on Christmas night out

For months viewers were left questioning whether Joe was alive or not, but earlier this year it was revealed Graham Foster had helped Joe flee abroad.

With Joe still being alive, does that mean we could see him return?