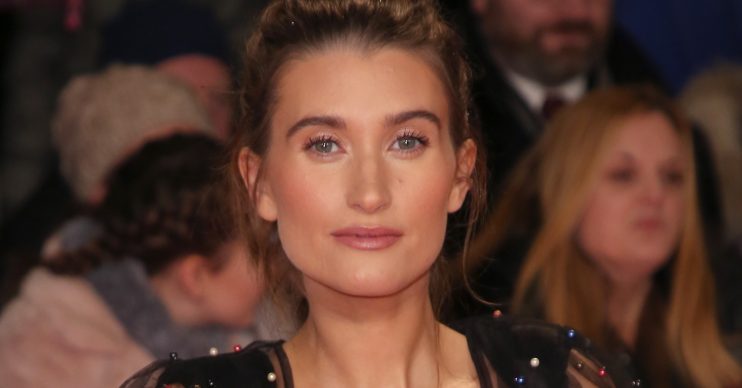 She welcomed her third son Ace back in July. Now Emmerdale actress Charley Webb has shared a cute update on the tot.

Posting a new picture of son Ace to Instagram, Charley revealed that her youngest has just turned six months old.

The picture features blond Ace pouting while wearing a bright orange animal bib. And the mucky pup’s face, bib and white babygro is covered in his dinner!

Fans also gushed about the baby picture. One said the “adorable” tot looks “so much” like is actor dad.

“He is adorable, looks so much like his dad,” they said.

“Just gorgeous,” said another. “How is he six months already?”

He is adorable, looks so much like his dad.

Over the weekend, Charley and Lacey – who gave birth to first child Dusty last year – enjoyed a girlie day out.

And, while she did return to work to post a paid ad on Instagram just weeks after welcoming Ace, Charley has no plans to return to the Yorkshire Dales any time soon.

She recently told The Sun: “I’m still on maternity leave at the moment. It’s been good but three kids is a different ball game.”

Charley added: “It’s been really good fun, but there are no plans for me to return to work at the moment.”

The actress is clearly enjoying her time away from Emmerdale.

Before Christmas, she enjoyed a spa break with her former co-stars Sammy Winward and Sheree Murphy.

The ladies were seen wearing matching pink pyjamas embossed with their names as they relaxed at celebrity haunt Soho Farmhouse.

She also rang in the New Year with her screen mum, Emma Atkins, who plays Emmerdale’s Charity Dingle.