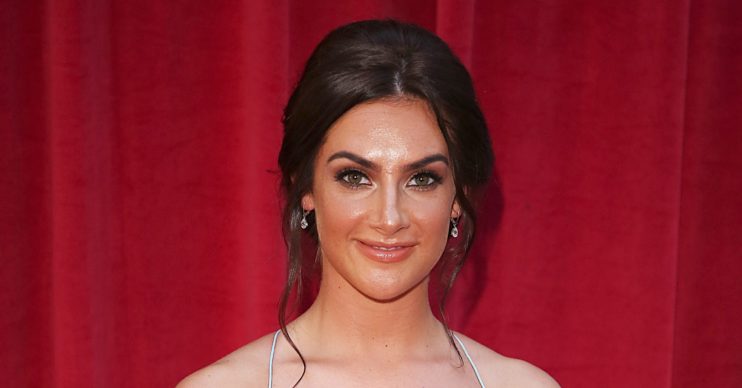 She captioned the post: “Eight days post eye surgery – so far so good. Cheers to no longer saying I can’t hear you because I can’t see you.”

Her followers commented on her post to say how stunning she looks.

One wrote: “I say that all the time – I can’t hear you I haven’t got my glasses on.”

After Danny Miller revealed he had exciting news, Adam tweeted in reply: “I’m coming back to Emmerdale! Wahoooo!”

However it appeared to be a joke and Emmerdale has not confirmed whether Adam will return.

Adam fled the Dales in 2018 after he took the blame for his aunt Emma’s murder. He did this to protect his mum Moira, who is Emma’s real killer.

Victoria made an attempt to track down her estranged husband but after being scammed by a ‘private investigator’ she ended her search.

Emmerdale return – What’s next for Victoria

Recently the TV soap began filming again after they were forced to stop production during the coronavirus pandemic.

However the cast are now back at work with new safety measures.

Before the lockdown episodes, the last viewers saw of Vic she was leaving her job at the Woolpack to work at the Outdoor Pursuit centre.

Her new role will mean working under Kim Tate. But how will she get on working for the cold businesswoman?

Have you had eye surgery before? Leave us a comment on our Facebook page @EntertainmentDailyFix and let us know what you think of this story.