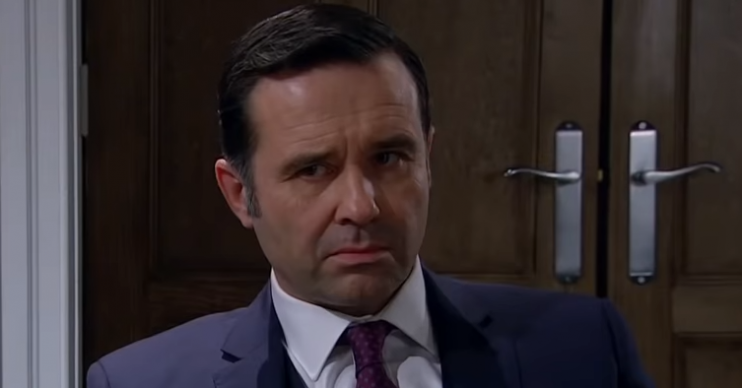 Emmerdale SPOILERS: What happens next now Graham’s killer has been revealed?

Graham’s killer has been revealed, but what will happen next in Emmerdale?

Over the last week, we have seen each suspect’s motives for wanting to kill Graham and the moments leading to his death.

However, tonight (Thursday January 23)  it was revealed that none of the suspects killed Graham and it was Rhona’s rapist ex-husband Pierce Harris, who was last seen in 2017, that killed the businessman.

But what will happen next now Graham is dead?

Next week at the bridge viewers see an abandoned vehicle and the slumped figure of Graham in the tunnel below.

As Priya and Billy search the area for Tip they’re confused when they spot one of the outdoor pursuit centre’s vehicles parked across the bridge.

She begins searching the tunnel and is horrified to find Graham’s lifeless frost-covered body.

After the police arrive, Priya awkwardly recalls the argument between Marlon and Graham to DI Dent and DS Ward.

She’s devastated to think how Rhona will react.

At Smithy Cottage, Rhona is trying to get through to Graham, stressed about the fact he’s gone missing.

DI Dent and DS Ward soon arrive and tell Rhona that Graham has been found dead.

She’s even more horror struck to learn he may have been murdered.

The vet explains Graham’s movements to the police, numb with shock.

Later that week, Vanessa warns Rhona to stay safe, warning her against looking for clues as to who murdered Graham.

Does Vanessa know who really killed Graham then? Is she urging her friend to keep out of it because she knows Rhona is in danger?

It’s fair to assume that Rhona will come across Pierce at some point soon – but is he out for revenge for his time in prison?

Will he move back to the village? Or disappear entirely for the foreseeable future?

Could Rhona be the one to work out the truth about her boyfriend’s killer?

This definitely isn’t over for Rhona, that’s for sure…