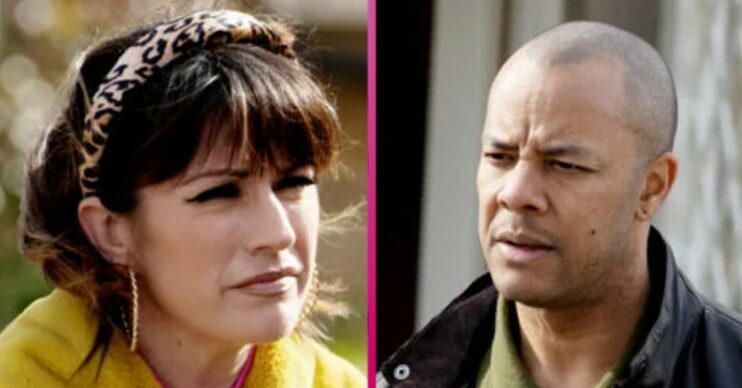 Is it really over for good?

Emmerdale spoilers for tonight reveal Kerry and Al are set to split for good after she found out about his kiss with Priya.

But will Al find a way to work it out? And what revenge will he take on Cain for spilling his secret?

Meanwhile, Rhona is hopeful all the changes she’s made at home will speed up Marlon’s discharge date, but when will he be able to return to the village?

All this and more in Emmerdale spoilers tonight.

Al returns home and begs Kerry to hear him out.

But she isn’t in the mood for talking. She tells him to get his stuff and leave.

As Al packs his bags, is there anything he can say that will change her mind?

Or are these two over for good?

And what does that mean for him and Priya? Al’s never on his own for long – will he go back to her if Kerry’s out of the picture? And would she have him?

Meanwhile, Cain is not popular with Belle after his revenge plot blew her business deal – and Al isn’t happy either.

What punishment will Al dish out to Cain this time as the battle lines are once again firmly drawn?

Rhona is determined to get Marlon home and presses once again for a discharge date.

With all the changes she’s made getting the house ready, will it mean Marlon can come home sooner?

Will it be good news or bad as the consultant delivers her verdict?

Will Jai sack his friends in Emmerdale spoilers tonight?

Jai has found himself in a terrible position after Kim demanded he sack everyone on part-time deals and re-hire them on zero-hour contracts.

Although Jai knows he’ll get a promotion if he does as Kim says, he also knows Laurel is dead against it and he is risking his relationship – again.

But as he battles with his conscience, will he let Laurel down? Or will he find the guts to stand up to Kim?

And what will she do if he does?