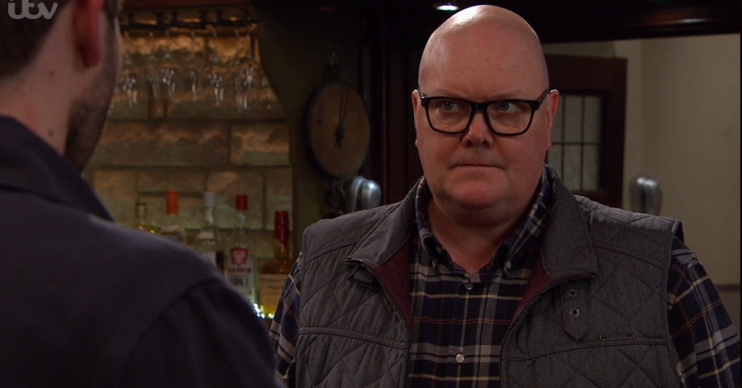 Will Eve be okay?

There is terror in next week’s Emmerdale when baby Eve vanishes into thin air. But where has she disappeared to?

Paddy Kirk finds himself caught up in every parent’s worst nightmare when his baby daughter, Eve, vanishes from the car, and he is horrified to realise that her disappearance is all his fault.

The drama starts when Paddy tries to look out for his best friend Marlon Dingle, who is struggling to cope after being released from prison where he was wrongly sent for Graham Foster’s murder.

Despite the fact he is now a free man and the real killer, Pierce Harris, is behind bars, Marlon’s troubles are far from over.

With his stress and anxiety reaching worrying levels, Paddy takes Marlon for a drive to get him out of the village.

He takes baby Eve along for the journey, but soon Paddy’s mind is firmly on Marlon when he starts getting pains in his arm.

Paddy is concerned that his best friend might be having a heart attack, so he races him to the nearest hospital where paramedics meet them at the door.

But in the drama of getting Marlon checked over, Paddy totally forgets that Eve is still in the car.

As he heads into the hospital, following Marlon as he is being led away by doctors, he unwittingly leaves Eve still in her car seat in the back of the car.

Paddy is mortified when he realises his mistake and races back outside to get his daughter, but his world comes crashing down when he sees the car is empty and Eve has vanished.

Paddy is beside himself with guilt when he realises his actions have landed his baby daughter in potential danger… but where has Eve gone?

Chas is horrified by the terrifying turn of events and soon social services are involved.

Will Eve be found safe and sound? Or is this the start of a horrific new storyline for Paddy and Chas?

Where do you think Eve has gone? Leave us a comment on our Facebook page @EntertainmentDailyFix and let us know what you think!