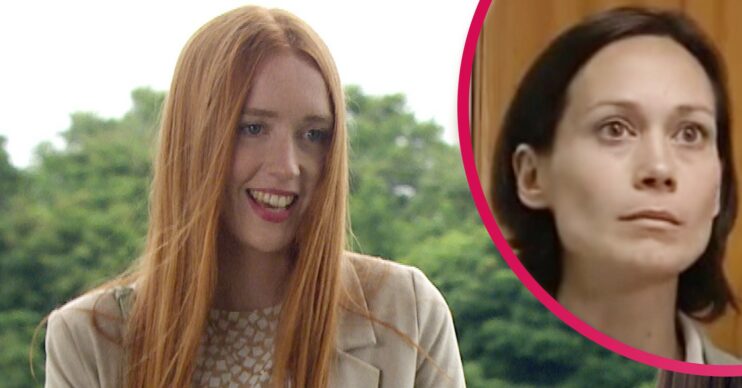 A couple of months ago, Sarah Sugden was determined to find the family of her heart donor.

Sarah’s uncle Noah found an article about a girl named Gemma Harris, who died in a car crash in October 2018, the same day Sarah had her transplant.

Sarah got in contact with Gemma’s sister, Chloe, and over the past few weeks the two girls built up a friendship.

However when Charity discovered that Chloe was the sister of Sarah’s heart donor, the two girls stopped seeing each other, as Gemma didn’t want her family finding out.

Since Chloe’s arrival fans have come up with different theories as to who she could be.

But one theory suggests that Chloe could be a part of the Tate family – specifically Zoe Tate’s daughter, Jean.

They have also suggested she could be working with Joe Tate, who has been mentioned in recent episodes.

Those flowers are from joe and that Chloe is nothing to do with Sarah’s heart transplant, she’s with joe. Cousin maybe Zoe’s kid? #emmerdale

Emmerdale: Who is Jean Tate?

Jean Tate is the daughter of Zoe Tate and Scott Windsor. She is named after Zoe’s mum, Jean.

She was last seen in September 2005 when she left the village with Zoe and Joe Tate.

Theories about Chloe in Emmerdale

Other fan theories about Chloe include that she is related to Pierce Harris – Rhona’s rapist ex-husband who murdered Graham Foster.

Read more: Emmerdale: Meena will be the one to die in Super Soap Week, fans predict

Another theory include that Chloe will begin stalking Sarah after becoming obsessed.