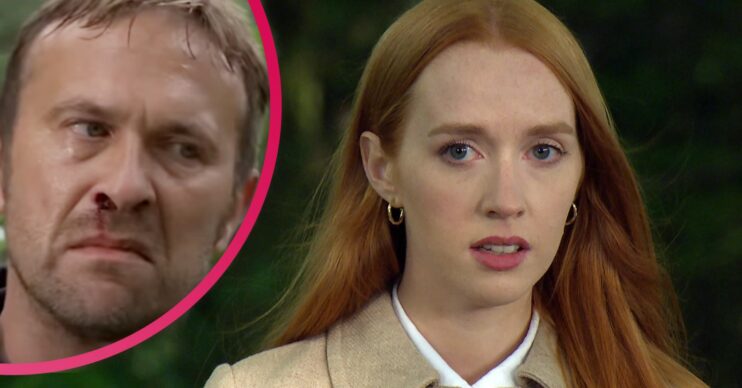 Last week, Sarah admitted to her grandmother Charity she was missing her new friend Chloe.

Chloe is the sister of Sarah’s heart donor and the two sparked up a friendship. However Chloe ended up cutting Sarah off when Charity found out who she was.

In last night’s episode (Monday, November 1) Charity and her boyfriend Mack broke into Chloe’s house but were shocked to run into Kerry Wyatt.

Soon Chloe came home and Kerry covered saying Charity and Mack came by to see her and Charity asked where Chloe’s parents were. However she made out they weren’t home.

It later became clear that Chloe’s mum has died and her dad is in prison.

Now fans are convinced that Declan Macey could be Chloe’s father.

Others have also predicted that Al could secretly be working with Declan.

#emmerdale my thoughts Declan Macey charity’s ex husband owns the house and I think he will go into business with AL to make the pub a hotel. Just a thought . But car accident and prison fits .

Emmerdale Chloe: Who is Declan Macey?

His first wife was Ella Hart, who he married in 1991. During his time in the village he got married twice.

Declan was missing, presumed dead, but he came back on the day of Robbie’s funeral.

He apologised to Megan for everything before fleeing. He left the village being chased by Cain, Sam and Jai.

Other theories about Chloe’s family

Fans have come up with multiple theories about Chloe’s family.

One theory is she is related to Rhona’s rapist and murderer ex-husband Pierce Harris. Pierce is currently in prison for murdering Graham Foster.

Another theory is she is actually Zoe Tate’s daughter, Jean.