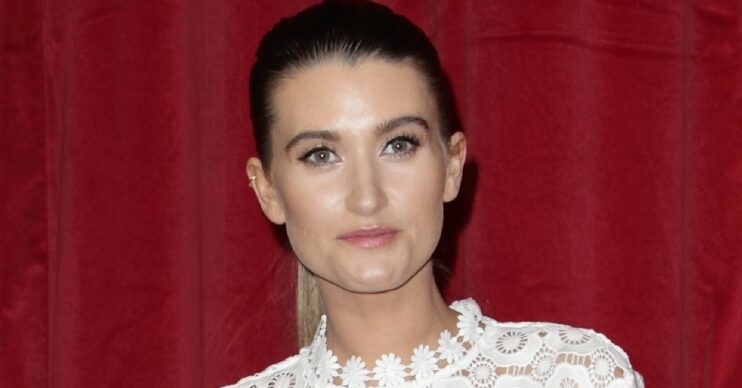 The actress is a proud mum-of-three

But as Buster started a new school this week, Charley admitted she wasn’t prepared for the “shock”.

The actress discussed her emotions on Instagram today (September 9).

Speaking to the camera, she shared: “Not going to lie, it’s been a range of emotions this week in our house from everybody.

“My friends really tried to prepare for this high school thing, but I don’t think I was prepared.

The change has been as absolute shock

“The change has been as absolute shock in every sense of the word – I can’t even describe it.”

Charley went on to explain that middle son, Bowie, was also feeling the strain.

She continued: “Bowie has been really emotional because he’s tired going to back to school. It’s full on.”

However, it wasn’t too long ago that the actress joked she couldn’t wait for her kids to return to school.

In a recent TikTok video, she told Buster how much she loved him and gushed over him going back to school.

Read more: Why is there only one episode of Emmerdale on tonight?

But as soon as he left their home, she began dancing with joy.

As well as 11-year-old Buster, the Emmerdale co-stars are parents to Bowie, five, and Ace, two.

And while her home life may be slightly chaotic, Charley has no plans to return to the soap anytime soon.

Is Charley returning to the Emmerdale cast?

According to The Sun, Charley is taking a break from playing Debbie Dingle on the popular soap.

A source told the publication: “There are no current plans for Charley to return as Debbie at this time.

“However the door is always open for her.

“Debbie’s daughter and her family are in the village so it’s definitely not a permanent goodbye.”

Charley has played Debbie in Emmerdale since 2002, but took time off in 2019 to have her third child.

However, she returned for a 10-week stint early in 2021 to feature in an explosive storyline involving Debbie and Al Chapman.