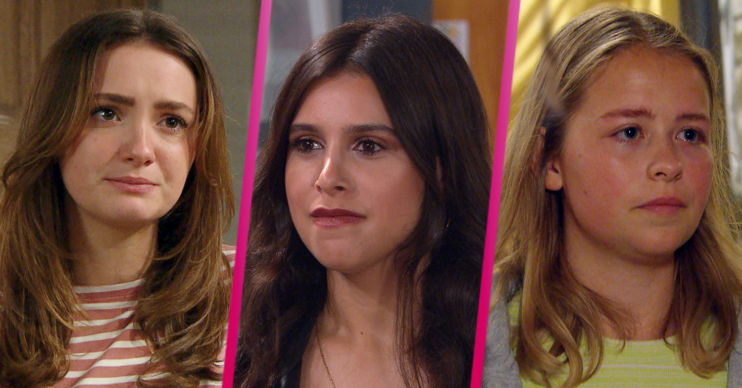 Emmerdale is always full of drama, however with killer Meena still roaming around free and new arrivals due to make their way to the village, it’s fair to say Autumn 2021 will be busy in the Dales.

Not really sure we needed to bother with that question mark, surely it’s a foregone conclusion she will kill again!

Last month, Meena of course killed Leanna Cavanagh. Meena had to murder the teen as she’d let slip about killing a woman named Nadine Butler in the past.

However, she now appears to have the taste for murder. She only spared little Theo after kidnapping him because she couldn’t face having to put up with David‘s grief!

In coming scenes she is hell bent on doing away with Victoria, now the wicked nurse has proof the single mum is after her man!

“I’m very protective of my characters and Victoria is like getting a bit too close to David so, you know.”

When Leyla discovered she’s pregnant, she chose not to tell Liam who had made it clear he didn’t want kids to ‘replace’ Leanna.

With her now fearing she’s miscarrying, the road ahead looks very bleak – either the baby turns out to be fine and she faces losing Liam, or she loses the baby and is forced to secretly grieve.

Either way, the future doesn’t look good for her and her husband right now.

Earlier this year, Gabby fell pregnant after a night with Jamie Tate.

Jamie wasn’t thrilled about the news at first, however he has offered to be there to support their child.

As the baby was conceived in January, it means Gabby should be due around September/October.

How will Jamie react when the baby arrives and how will the teenager adapt to motherhood? There is sure to be a battle ahead!

Liv will continue to battle her alcoholism in upcoming scenes.

Has suspecting Noah raped her when she was so out of her to remember – incorrectly – forced her to finally face up to how much trouble she is in?

Will she get help while she still has the support of Aaron and Vinny – or risk losing them and hit rock bottom. Is it her only way to recovery?

Sarah in danger from her donor’s sister?

Despite warnings from her nearest and dearest. Sarah is still in contact with Chloe.

The two girls are forging a bond but is it dangerous? Will Chloe’s real intentions emerge throughout the autumn? Emmerdale fans fear there is something very off about the newcomer.