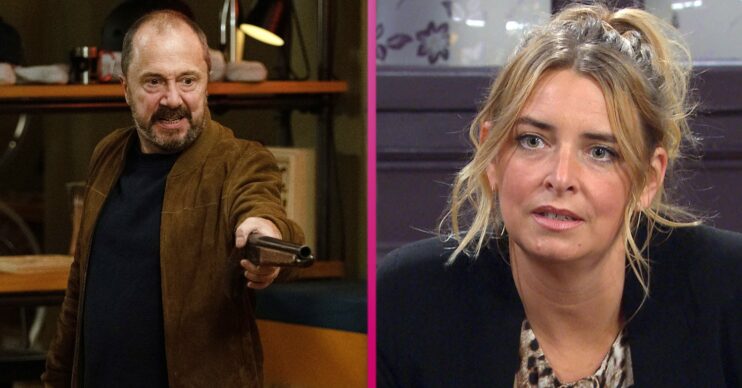 Why is there only one episode of Emmerdale on tonight?

Emmerdale is on once tonight

Emmerdale usually airs two episodes on a Thursday night, however there will only be one tonight. Why is there only one episode of Emmerdale on tonight?

Why is there only one episode of Emmerdale on tonight?

Usually Emmerdale would air one episode at 7pm and another at 8pm.

However tonight, only one episode will air at 7pm.

This is because the National Television Awards will be on tonight from 7.30pm until 10.05pm.

Emmerdale will be going against Coronation Street, EastEnders and Hollyoaks for best serial drama.

Will you be watching the NTAs?

What happens in tonight’s episode of Emmerdale?

Russ is currently holding his ex-wife Wendy and Victoria hostage in The Hide.

Tonight Russ cocks the gun and points it at Victoria, demanding she transfer the money to him.

When armed police arrive on the scene, the stand-off at the Hide escalates into a full-blown siege.

Outside The Hide, Jacob, Dan and Bob hear a shot ring out… Has someone been shot?

Meanwhile David is using the scanner in the HOP office and is oblivious to the drama unfolding at The Hide.

Also in tonight’s episode, Charity orders Mack to put Diane off the scent of their affair, and so he begins to flirt with Bernice.

But will it all go to plan?