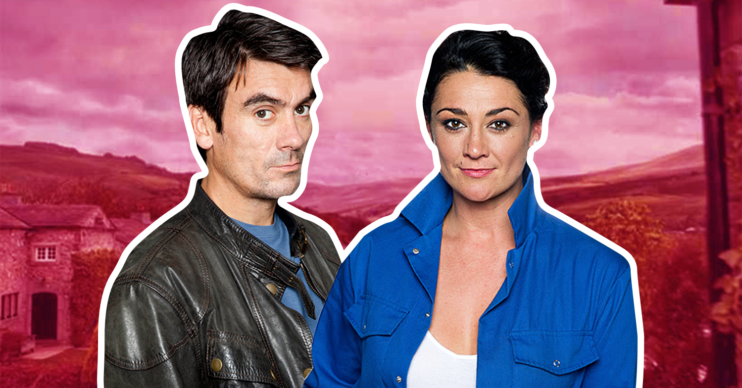 Emmerdale: Cain and Moira to reunite after bedside revelation?

Cain poured his heart out

In last night’s Emmerdale (Friday, July 17) Cain confessed to Moira that he didn’t know what he would do if he lost her. Will they get back together?

As fans know, Moira has been fighting for her life in hospital after being run over and left on the side of the road.

But it seems the farmer will pull through, as doctors told her son Matty it looks like she will make a full recovery.

Cain later came and sat by his soon-to-be ex-wife’s side as she slept.

Read More: Emmerdale star Alexander Lincoln scared he’d be told off over haircut on first day back at work

He thanked her for hanging in there, claiming he wouldn’t know what he or their kids would have done if they lost her.

The mechanic then told her to concentrate on getting better and it became clear that he still loves Moira.

As he left, Moira opened her eyes revealing she could hear him. When he was gone she had tears of joy in her eyes.

Fans were beside themselves that Moira heard Cain and hopes this will be the start of their reunion.

Reunite Moira and Cain. Please and thanks #Emmerdale https://t.co/vAETj46ezO

@emmerdale Cain and Moira HAVE to be together #cainandmoira #truelove #emmerdale

who’d have thought I’d still be losing it over cain and moira in 2020 but here we are, I’m so soft for them🥺 #emmerdale

Good god @emmerdale what are you doing to us..Cain 😩😩 Moira 😩😩 my emotions can’t keep up 🥰😭😩❤️ #Coira #Emmerdale

Why did Cain and Moira break up?

Cain and Moira’s marriage broke down last year after Cain found out she had been sleeping with their farmhand Nate.

To make things worse, Nate revealed himself to be Cain’s son and had the affair as revenge, believing Cain abandoned him as a baby.

Cain and Moira have tried to remain civil for their son Isaac and Cain’s son Kyle, who Moira raised. However during lockdown, Cain admitted to his nephew Aaron that he’s still in love with Moira.

Recently their wires became crossed when Cain believed Moira was having an affair with dodgy DI Malone.

But now he knows that wasn’t the case, will they get back together?

Do you think Kim would go as far as to kill Andrea? Leave us a comment on our Facebook page @EntertainmentDailyFix and let us know what you think of this story.