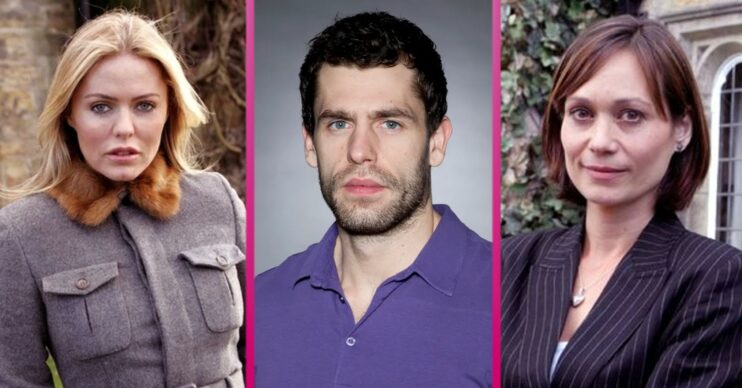 We desperately want these Emmerdale legends to return

Emmerdale is celebrating their 50th birthday this October and bosses have planned a huge month of storylines to celebrate.

They have even teased some major returns for the big celebration – but obviously they won’t tell us who just yet.

So we’ve decided for them – and these five need to make Emmerdale comebacks.

The hunky farmer hasn’t been seen in Emmerdale for years since going on the run for a crime he didn’t commit.

Not even his daughter’s ill-health and near death could bring him back.

But if anything could bring him back – then surely the 50th anniversary will do it.

And he can reunite with his family and boost the Sugdens back up.

Second only to Kim Tate in Emmerdale legend terms, Sadie King was a character and a half.

The daughter-in-law to a brusque self-made millionaire, married to his son – and sleeping with another, Sadie was as terrifying as she was well put together.

Even an affair with Cain Dingle couldn’t diminish her character – though him abandoning her in the village after a big scam was a low point.

She is the anti-Kim Tate.

Whereas Kim is brusque and brutal, Kathy was kind and gentle – but she was certainly no less powerful than Kim.

And now it would be time for viewers to catch up with Kathy and see what she’s been up to during all those years away.

A Tate takeover for Emmerdale 50th

After the sad death of Leah Bracknell, it seemed likely that Zoe would never return to the village.

But the Tates need boosting, desperately – a recast could work, however they could also bring back other members of the family.

Her daughter Jean, and her nephew Joe would be more than welcome back.

After years of Emmerdale being the unofficial Robert Sugden show – this could be a huge mistake.

But if there’s something the soap is missing, it’s a scheming bisexual murderer who was dragged down into the gutter by a toxic relationship with a Dingle.

And now that Dingle’s gone – hopefully never to return – so Robert can return and have the life he deserves.