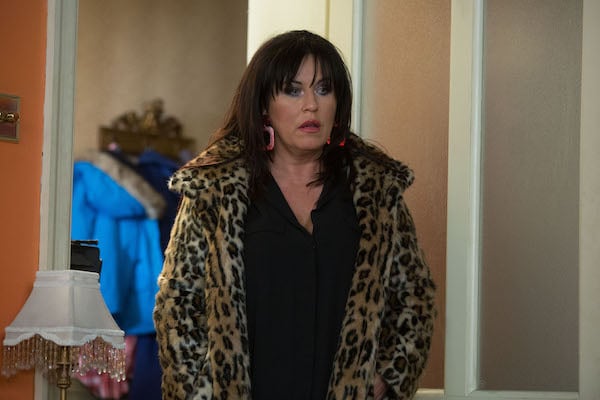 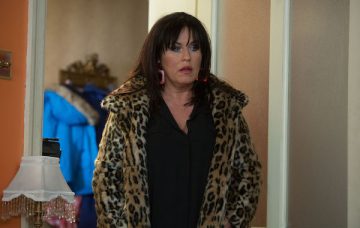 Captioning the snap: “Upadoo fitness moment in the rain,” Jessie has her hair loosely tied up and is looking away from the camera with a huge smile on her face.

“You look stunning. I mean you always do, but wow, gorgeous,” added another.

A third commented: “You look amazing Jessie,” with someone else saying: “You look smashing.”

And Jessie looks a lot happier than her character who is currently at war with her family.

Kat’s romancing younger man Kush Kazemi, but it’s put her at odds with the closest of her clan, Stacey Fowler.

Stacey and Kush share a child together, Arthur, and after Stacey’s husband Martin Fowler fell out with Kush over daughter Bex’s crush on his best mate, things have become tricky.

Martin and Stacey aren’t letting Kush have much access to his son, which has caused Kush to go for a joint custody arrangement.

Kat has been forced to pick a side and she’s chosen to stick by Kush – although is desperately trying to keep the peace and stay friends with Stacey too.

The fallout is set to continue in the coming weeks and with Stacey heading off soon when actress Lacey Turner goes on maternity leave, will the pair make up before Stacey goes?

At least there’s some sunshine in the rain in real-life for Jessie if this pic is anything to go by!