Soap fans have seen Kat and Kush growing closer over recent weeks, and since then the pair have gone public with their romance. 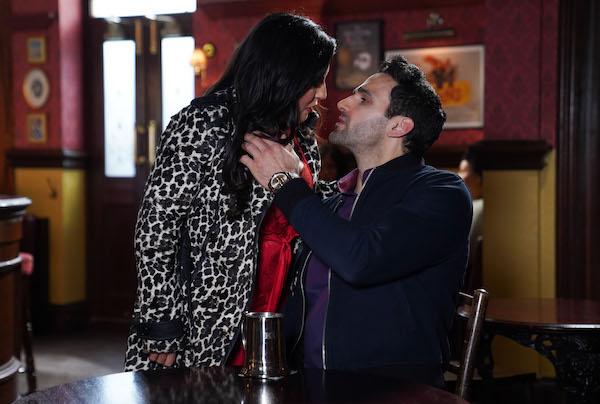 Kat and Kush have made their romance official by going public (Credit: BBC)

But it seems it won't be long before Kat's new love interest starts to come between her and her family.

This week's EastEnders will see Martin falling out with best friend Kush after he discovers he has been keeping secrets about Bex... but their feud is far from over next week.

The pair will fall out big time on Thursday May 30 after Martin discovers that his best mate not only knew about Bex's pills, but that she's also tried to kiss Kush and he didn't think to mention it. 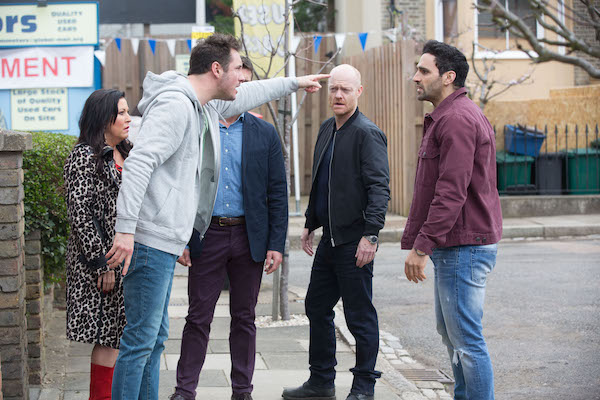 Martin tells Kush exactly what he thinks of him this week (Credit: BBC)

However, Martin's fears over his missing teenage daughter make Kush realise how precious family is, and as the anniversary for Shakil's death also hits at the same time, the market stall owner makes the decision that he's going to ask Stacey for joint custody of their son, Arthur.

Kat is horrified when Kush announces his intentions, knowing that it is going to cause some serious issues at home when Stacey finds out.

Thankfully she manages to talk Kush out of asking Stacey for joint custody of their son, pointing out that things work well as they are... but it seems Kat was right to worry. 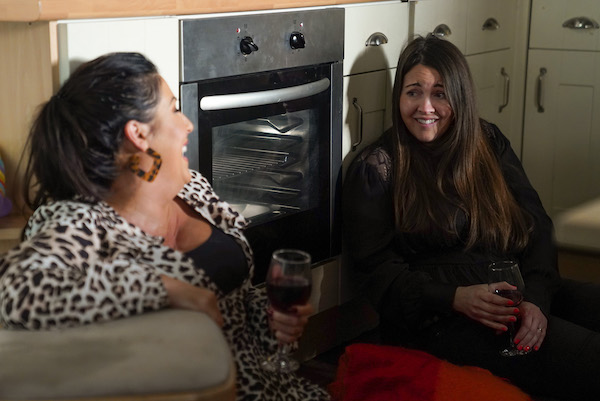 Kat and Stacey plan a meal to get Martin and Kush talking again (Credit: BBC)

The drama starts when Kat and Stacey decide to make a meal for Kush and Martin in an attempt to get their men talking again.

But as they cook, the wine starts flowing and Kat accidentally lets slip Kush's intentions, and Stacey is livid. 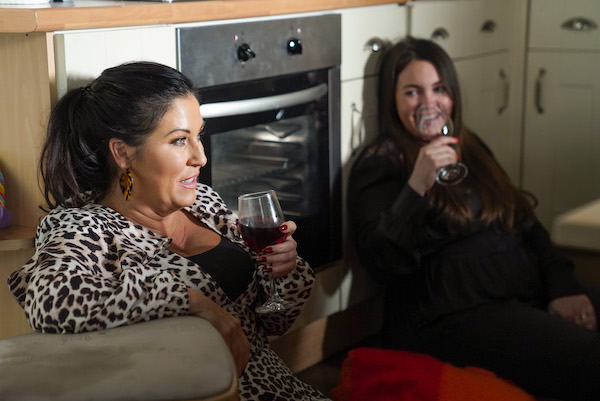 The pair start drinking and it's not long before Kat has revealed Kush's secret plans (Credit: BBC)

It all goes down hill when Stacey marches over to see Kush and confront him, and it's not long before Martin and Kat are also dragged into the argument.

As Kat tries to keep the peace between everyone, Stacey lashes out and fiercely tells her that she is no longer her family and that she doesn't want to see her again. 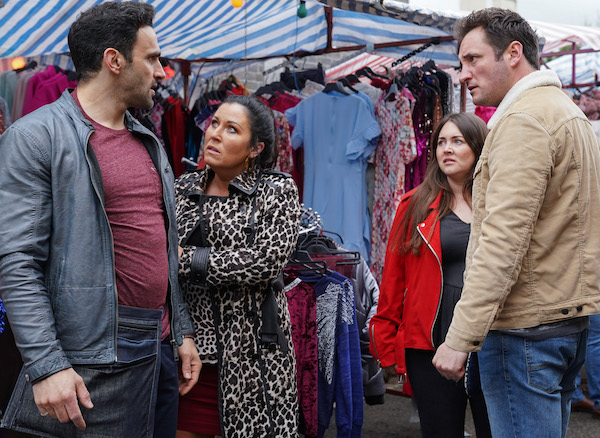 Later in the week Jean and Mo sense there is something going on between Kat and Stacey, and as the family do their cleaning rounds you can cut the tension with a knife.

Is this really the end of Kat and Stacey's bond, or will the pair soon forgive and forget?

Do you think Stacey is right to blame Kat? Leave us a comment on our Facebook page @EntertainmentDailyFix and let us know what you think!