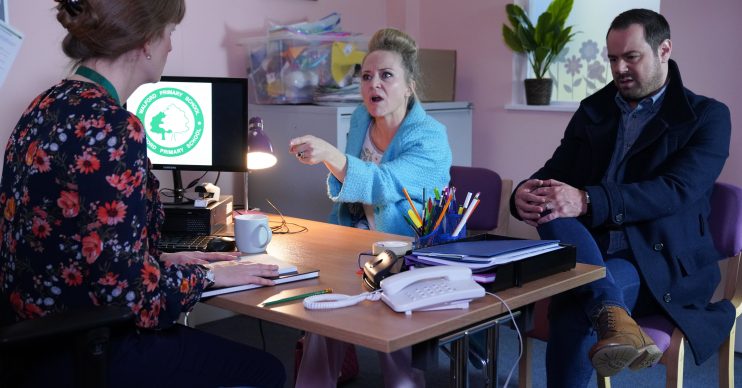 Is Linda's world about to come toppling down?

Linda Carter’s already fragile world is about to come crashing down on her in upcoming scenes, when she is forced to face a horrible truth about her role as a mother in EastEnders.

The Carter matriarch has had a horrendous couple of months – turning to drink to cope with the stresses of her life, which include her son’s autism diagnosis.

Viewers know that the pub landlady has become dependent on alcohol, and worrying scenes over Christmas and New Year showed her putting her life at risk while dangerously drunk.

Because of her severe drinking, Linda was also dragged into Martin’s plot to murder Keanu, which has become another problem she didn’t really need in her already complicated life.

Feeling pressure to drink, having a drink to celebrate or drinking to cope or relax – these are all common situations that many adults would recognise.

While some soap fans have complained about Linda’s behaviour towards Ollie, claiming she’s treating his autism like a terminal illness, it’s fair to say most viewers have sympathy for the mum.

And their turbulent home life will come back to haunt her in upcoming episodes.

On Tuesday (January 21), Linda and Mick are called into the school to discuss Ollie’s behavioural issues.

And Linda is mortified when the teacher tells them that Ollie’s home life is impacting him at school.

Reacting furiously to what she’s heard, Linda demands to know who has made the allegations – and she’s unnerved by the teacher’s response…

Has Ollie himself confided in his teacher about his mum’s drinking? Or has one of the other school mums lodged a complaint about the out of control Linda?

And surely taking her anger out on the teacher, who is only trying to protect Ollie, won’t do Linda any favours either?

Viewers have seen Linda – played by Kellie Bright – drinking more and more, and her alcoholism has manifested into a bigger problem that she’s struggling to hide.

Do you have sympathy for Linda Carter? Leave us a comment on our Facebook page @EntertainmentDailyFix and let us know what you think!