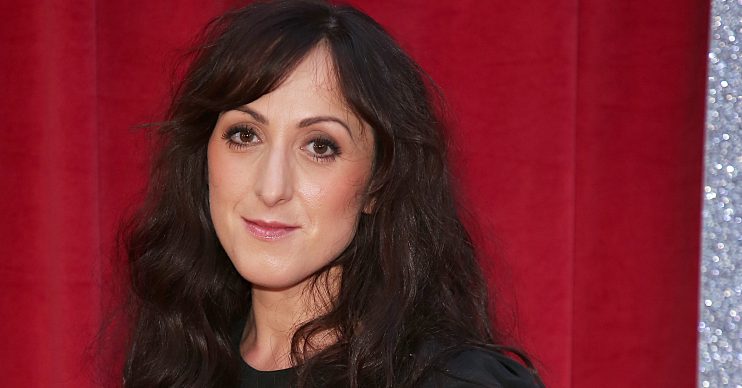 It looks like the stars of EastEnders have a lot of fun off-screen as Scott Maslen has shared a video of him and Natalie Cassidy dancing and rapping their way into the weekend!

Recorded by co-star Jessica Plummer (Chantelle Atkins) and originally posted on her Instagram Stories, Natalie and Scott can be seen dancing and rapping along to the music in the make-up room.

Scott shared a clip of the video to his Instagram and said: “HAPPY FRIDAY EVERYONE!”

I told you catering weren’t right!!! HAPPY FRIDAY EVERYONE 🎉🎉🎉🎉

Shona McGarty, who plays Whitney Dean, can also be seen in the clip and on her own Instagram she posted a similar video as she and Natalie really went for it!

Best way to start your day…😂

Fans were quick to comment after Shona wrote: “Best way to start your day,” and were pleased to see the actress, who rarely posts on Instagram, back on the sharing app.

Another added: “This is amazing!”

“I love this, it’s hilarious,” said a third, which lots of others agreed with.

It’s good the cast have a laugh and let off steam off-screen because on it, things have been fraught, to say the least.

Although Natalie’s alter ego, Sonia Fowler, has been quiet of late, both Shona’s Whitney and Scott’s Jack Branning have been through the ringer.

Whitney jilted her fiancé, Callum Highway at the alter in huge episodes last week after discovering he had had a fling with Ben Mitchell and was gay.

Upset Whit has gone off on her honeymoon alone, but it looks like there’s more drama and hurt ahead as the son of her abuser, Tony King, has turned up.

Tony groomed Whitney when she was underage and eventually went to prison for his crimes, where he took his own life.

Leo King, Tony’s secret son, has now turned up in Walford hot on the heels of Whitney’s stepmum, Bianca Jackson, and he wants money and an apology as he’s determined to clear his dad’s name.

Fans are predicting a new romance for Whitney with Leo, but will it be a genuine one or will she get her heart broken again in his desire for vengeance?

Meanwhile, Jack was at the centre of Hunter Owen’s quest for revenge last week.

Hunter broke out of prison and held everyone hostage at Whitney’s wedding reception in The Vic, but he wanted to kill Jack for setting him up with the police.

Jack will no doubt want to support Hunter’s mum, and Jack’s ex, Mel Owen, but will she want revenge on him too?